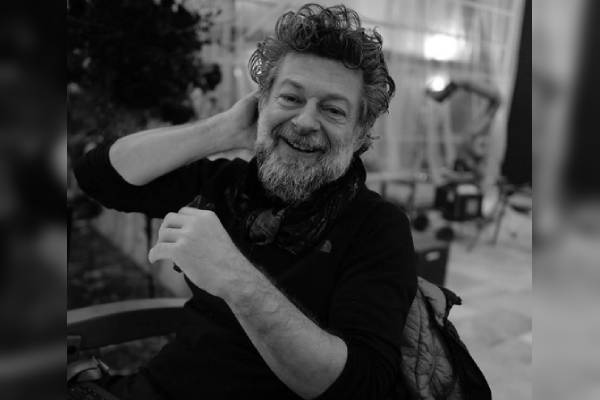 Legendary actor Andrew Clement Serkis has a long list of blockbuster films and hit television shows under his belt. However, people best recognize the actor for his character Gollum in The Lord of the Rings film trilogy and The Hobbit: An Unexpected Journey.

Since first stepping foot on it, Andy Serkis has unquestionably dominated the entertainment industry. It goes without saying that someone who has millions of admirers and outperforms some of the most prominent actors with his top-notch acting is nothing short of a genius.

With fame comes fortune, and for someone with a fan base in the millions, it would not be surprising if his net worth is in the millions as well. As of now, Andy Serkis’ net worth is estimated to be $18 million, the majority of which he earned through his acting career.

Andy Serkis Net Worth And Earnings

As mentioned above, Andy Serkis’ net fortune is a staggering $18 million. So, what is his primary source of income, and what other sources of income does he have? Let us find out in this article.

Andy Serkis has tried his hand in many things, but the thing people most love and admire about him is his acting skills. The actor began his career on television, appearing in The New Statesman, Morris Minor’s Marvellous Motors, The Darling Buds of May, and Grushko. Slowly, he rose to prominence due to his outstanding work and made his way to the big screen.

Despite having appeared in over a dozen television series, the actor first gained international acclaim when he landed the role of voicing Gollum in The Lord of the Rings trilogy. Serkis was initially offered $1 million for the first installment of LOTR. Therefore, it is safe to presume that his salary increased for the remaining films.

As a result, Andy Serkis’ fortune must have increased significantly before the film trilogy came to an end.

From then on, the actor landed roles in many more blockbuster movies, some of which have helped him earn a significant income. The following are some of the films in which Andy has appeared, along with their box office earnings:

There is no doubt that Serkis’ earnings from these movies are enormous. But, at the same time, Andy Serkis’ net worth includes the money he earns from guest starring and voicing characters in popular television shows like The Simpsons, Little Dorrit, A Christmas Carol, The Letter for the King, and Home Movie: The Princess Bride.

The actor has had the good fortune to work in several big-budget films and television series over the years. As a result, he is one of the highest-grossing actors of all time. Therefore, the LOTR star must have made a fortune by portraying important characters in such series and films.

Income As A Producer and Director

He served as the executive producer in movies including Sex & Drugs & Rock & Roll, The Ritual, No One Gets Out Alive, and Planet of the Apes: Last Frontier. Moreover, some of his works are yet to be released. However, we can all agree that the actor will be cashing in a big earning when they are released, which adds to his fortune.

Similarly, the actor directed Mowgli: Legend of the Jungle and Venom: Let There Be Carnage. The films grossed $967 million and $498.2 million, respectively, at the box office.

Moreover, the actor, alongside producer Jonathan Cavendish founded The Imaginarium Studios in 2011. It is a production company and creative digital studio dedicated to creating engaging digital characters through Performance Capture technology.

Since its founding, the company has produced many feature films and high-end television dramas. So, it is safe to assume that Andy Serkis’ fortune must have skyrocketed as a producer and director.

Is Of A Philanthropic Nature

Having amassed a fortune from his successful acting career, Andy has made an effort to give back to society. Andy Serkis has served as a proud Ambassador of Best Beginnings, a pregnancy charity.

The actor donates his personal movie props and souvenirs to raise money for the foundation. The following are some of the items, along with their highest bid prices:

Moreover, during the COVID-19 lockdown, the multi-millionaire read the entire book of The Hobbit to raise funds for NHS Charities Together and Best Beginnings. More than 650,000 people watched worldwide, and Serkis raised more than $351,000.

Clearly, Serkis’ successful career has allowed him to be involved in many charitable works. We hope the actor continues to find immense success in his professional career. We also send him our best wishes for the future.

With Andy Serkis’ net worth over millions, many expect him to flaunt his wealthy lifestyle on social media. However, the actor appears to be a private person who dislikes flaunting his riches in public.

Andy is clearly a person with a humble personality. Nonetheless, in 2016, the actor was involved in a legal struggle with his next-door neighbor Alex Pollard, while attempting to demolish his property and replace it with a lavish three-storey home.

While both parties eventually reached an agreement, it is unknown whether Andy ever carried out his intention to demolish his home. Nonetheless, with a fortune of $18 million, we can assume he lives a comfortable lifestyle.

So, let us all wish the actor luck and hope that his fortune grows over time.