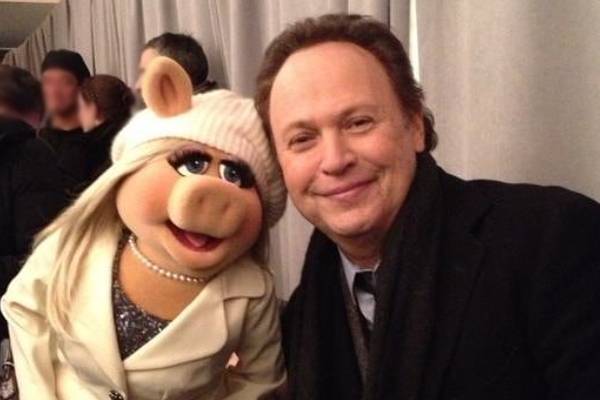 Billy Crystal's net worth of $60 million is owing to his successful acting and producing career. Image Source: Billy Crystal Instagram.

With a flurry of iconic films and television series, the 1970s and 1980s were a huge decade in terms of entertainment. With it came the opportunity for artists to rise through the ranks of notoriety and recognition. No one, however, has had a more significant impact on entertainment in the early decades than William Edward Crystal, aka Billy Crystal.

Billy Crystal is an actor and comedian best known for his role as Jodie Dallas on the ABC sitcom Soap in the 1970s. Moreover, Billy has also worked as a director, producer, writer, and television host. And unsurprisingly, he has found great success in all of his pursuits.

Owing to that success, he has acquired a fortune of $60 million for himself, according to Celebrity Net Worth. So, in this article, let us look at Billy Crystal’s net worth and earning sources.

Billy Crystal Net Worth And Earnings

Crystal has tried his hand at many things; however, he is most known for his acting skills. As a result, Billy Crystal’s net worth of $60 million, which he has amassed throughout his remarkable acting career, should come as no surprise.

Has Earned Significantly As A Television Star

We can all agree that Billy has no shortage of talent when it comes to acting, and breaking down his significant works throughout the years gives us a clear idea of how he makes his millions.

While the actor began his career in the mid-1970s on TV shows such as Keep on Truckin’, Rabbit Test, The Love Boat, and others, his performance as Jodie Dallas on the ABC sitcom Soap earned him his place as the show’s breakout star. In the 1970s, the ABC sitcom was the biggest thing on television and had the audience in a frenzy.

Let us look at a clip from the ABC series Soap, which made Billy famous.

Unfortunately, due to various issues, the show was canceled after four excellent seasons. Nonetheless, working as one of the primary leads in such a great series must have improved Crystal’s fortune immensely.

Billy’s performance on Soap paved the path for him to act in a handful of other popular television shows. After that, he appeared in several different series, including Darkroom, Faerie Tale Theatre, Simon & Simon, and Sesame Street. In addition, the actor has also made guest appearances on superhit series like Friends, Web Therapy, Saturday Night Live, Modern Family, and Never Have I Ever.

Over the years, the actor has performed in several iconic TV shows. So, Billy Crystal must have made a lot of money for portraying essential characters in the series mentioned above.

Billy Crystal has also ventured out into acting in films, accumulating a massive fortune in the process. Furthermore, some of the movies the actor has starred in have helped him earn a sizable sum of income. Here are some of the films in which Billy has appeared, along with their box office earnings:

There is no doubt that his earnings from these big-budget movies must have been a tremendous amount. Nonetheless, the actor shows no signs of slowing down, meaning that Billy Crystal’s net worth is guaranteed to shoot through the roof in the near future.

Earning From Producing and Hosting

Several actors have risen to produce hit series and movies of their own, but none can compare to Billy Crystal. With over two dozen producing credits to his name, including Memories of Me, Mr. Saturday Night, America’s Sweethearts, and The Comedians, Crystal has made sure to distinguish himself as a prominent producer in the entertainment industry.

Furthermore, the talented personality has also hosted other events such as the Comic Relief events and the 2012 Oscar ceremony. So, the income the celebrity must have made from producing and hosting also adds up to Crystal’s net worth.

Over the years, voice actors have achieved tremendous success in their careers, and it’s no surprise that many of the highest-paid voice actors are also well-known personalities in the entertainment industry. Like many renowned actors, Billy Crystal, too, has had his fair share in voice acting.

Billy began his voice acting career with minor roles in shows and short films such as Animalympics, Horton Hatches the Egg, and The Critic and has progressed significantly since then. His known works include In Search of Dr. Seuss, Frasier, Monsters, Inc., English version of Hayao Miyazaki‘s Howl’s Moving Castle, Monsters University, and Monsters at Work.

The average income of a voice actor in the States is approximately $76,297 per year. However, it can range anywhere from $13,500 to $217,000 based on the actor’s experience, popularity, and the type of project. Still, with decades of experience, his income as a voice actor must be worth a great deal.

In addition, Billy Crystal’s net worth includes earnings from his album Mahvelous! and the single You Look Marvelous, which reached No. 58 on the Billboard Hot 100 in the United States and No. 17 in Canada. Moreover, the album was also nominated for a Grammy Award for Best Comedy Recording at the 1986 Grammy Awards.

Has Penned Down Numerous Books

Aside from his reputation as an actor and producer, Billy is also a renowned author, and millions love his books. Following the success of the play 700 Sundays, for which he won the Tony Award for Best Special Theatrical Event in 2005, Crystal authored the play for Warner Books, which was published on October 31, 2005. The Kindle version of the book is currently available on Amazon for $9.99, and the hardcover version is $9.66.

Billy has since then penned a handful of books, which have all been well received by the public. The following are some of his other books, along with their prices as listed on Amazon:

Furthermore, the audiobook version of his autobiographical memoir Still Foolin’ Em was nominated for Best Spoken Word Album at the 2014 Grammy Awards. Apart from fame, his novels have also brought him riches, and Billy Crystals’ net worth of $60 million must-have increased tremendously due to all of his book sales.

Nonetheless, the writer has a long way to go, and who knows, perhaps he will produce a best-selling book one day. So, for the time being, we wish Billy the best for his future endeavors.

Certain celebrities appear to be high maintenance, as they flaunt their diva attitude and wealthy lifestyles. On the other hand, other stars are more discreet about their assets and lifestyle, preferring to keep them hidden from the public eye.

Billy Crystal is one such star who prefers a modest existence despite having a net worth of millions. This has not, however, stopped him from buying multiple real estate and leading a lavish lifestyle.

The actor currently resides in the Pacific Palisades neighborhood of Los Angeles, California. While the celebrity purchased his home for only $400K back in 1979, according to The Hollywood Reporter, the residences in the area have been listed for more than $1 million.

Moreover, Crystal’s Long Beach home, where he grew up, was sold for $553,000 on March 25, 2010. So, with all the wealth Billy has accumulated throughout the years, we can assume that he and his family enjoy a comfortable lifestyle.

Talulah Riley Net Worth – How Much Did She Receive In Divorce Settlement From Elon Musk?

Tony Hinchcliffe Net Worth – Income And Earning Sources As A Comedian

Young Dolph’s Net Worth During The Time Of His Death