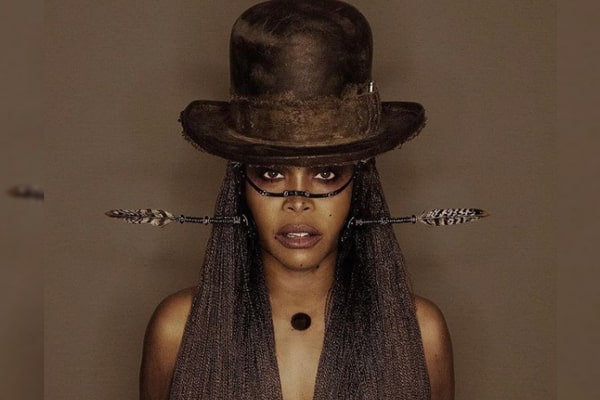 Erykah Badu's net worth is estimated at $10 million, thanks to her multi-dimensional career. Image Source: Erykah's Instagram.

Erykah Badu is not a new name in the musical industry. Since her entry in the early 90s, Badu has been dubbed as the ‘first lady of neo-soul’ and has established herself as one of the emerging neo-soul genre’s leading singers at the time.

Since 1994, Erykah Badu continues to charm her fans through her songs and hidden messages and not to mention her unique fashion sense. Moreover, years of hard work have earned Badu a massive reputation and fortune at the same time.

Therefore, here we shall break down Erykah Badu’s net worth throughout two decades of hard work and dedication. Hence, behold, because you will be shocked.

Also Read: Find Out How Much Is Robert Ri’chard’s Net Worth

Erykah Badu Net Worth And Earnings

The living legend Erykah Badu’s net worth has escalated to $10 million since her debut in early 1997. The American singer-songwriter, activist, record producer, and actress earned her fortune via hit recording and her acting role and tv appearances.

Badu continues to put out work even as she has become a living legend for modern soul music. Thus, let’s make sense of Badu’s massive fortune and break down her income.

Thus, here’s a list of Badu’s albums and their earnings: certified RIAA: Platinum, MC: Gold, and so on.

The neo-soul icon released several singles, which ultimately raised her wealth significantly. Besides album money, Badu made a massive amount from her tour and concerts as well.

One of the music pioneers had no problem getting the house full, but she also enjoyed many audiences when she charged $1 for bedroom concerts during the pandemic. According to PageSix, Badu gave a glimpse of what musicians are facing during the lockdown.

Moreover, Erykah also revealed that the artists get about 8 to 20 percent of record sales, but it’s not paid until the record label recoups the money they loaned in advance. She further added that the industry is not designed for musicians to be wealthy.

Badu also said, “We just play rich on TV.” She candidly agreed that some artists have only one form of income, and she was trying another revenue of income.

Moreover, Badu later revealed that it is concert promoters who set the price of tickets worth $100. She said if it were up to her, she’d always charge one dollar, and that’s what she did during her home concert. A month later, Badu’s concertgoers paid $2 and joined the “Apocalypse Two: The Rooms.”

Well, there shall not exist a man who could resist the question, “Why are you greedy tho? Do it for free” For those big brains, Badu counter questioned if they ever asked iTunes that when they bought music. She later added that she wasn’t giving you the track but a show with the integrity of her live show.

Badu also asked her fans to donate if they’ve more than a dollar which would feed a community of artists. She became very candid and realistic about her source of income being the live shows. Badu’s concert costs anywhere from $49 to $100. Thus, her live performances must have earned her a remarkable amount that added more zeros to her bank.

Besides her musical career, Erykah Badu’s fortune grew along with her prominence in Hollywood as well. She has appeared in a series of movies and television series throughout the late 90s and 2000s.

According to Erykah Badu’s IMDb, she has at least 22 movie & series credits, including Forward: The Future of Black Music. Some other associate roles she appeared on are What Men Want, Legends of Chamberlain Heights, The Land, Hand of God, Black Dynamite, They Die by Dawn, House of D, Blues Brothers 2000, etc.

The average salary of an actress, according to Payscale, is $90,500, but that depends on the magnitude of one’s influence, experience, and degree. Thus, given Badu’s influence, she must have made good money from her acting career.

Besides acting, Badu also worked as a segment producer for BET Hip-Hop Awards in 2020 and segment producer: soul cypher in the 2019 Soul Train Awards. Similarly, she also lent her voice to the theme song of Damon. Moreover, Erykah served as music supervisor for Legends of Chamberlain Heights. Since the average salary of a music supervisor is $54,100 and rises to $65,000 and more, the talented artist must have earned a considerable sum

Hence, Erykah Badu’s net worth of $10 million is easily explained from her direct experience and achievements.

Erykah Is An Activist

Making money doesn’t make one wealthy, but their dedication to making the community better makes one the most affluent. In that sense, the neo-soul queen is rich.

Furthermore, Erykah established her own charity organization, Beautiful Love Incorporated Non-Profit Development, in 1997. The foundation aims to provide community development for inner-city youth through its artistry, and her first project was to establish a base of operations.

Thus, Badu renovated and reopened the Black Forest, whose stage is equipped for shows and performances. It has hosted both free and fundraising concerts by Prince, Snoop Dogg, Jill Scott, Talib Kweli, and many more. Additionally, she also worked with impoverished & HIV-affected children in Africa in 2003.

In February 2020, Badu announced her new venture, an online store named Badu World Market, to be launched on Feb 20, 2020. The online market featured bespoke clothing, musical merch, apothecary goods, etc. Some of the items from Badu World Market are listed below.

Therefore, Erykah’s massive fortune of $10 million is justifiable and pretty impressive following decades of musical/acting career and other ventures.

Besides earning enormous wealth and helping the world to be a better place to live, Badu also lives a very comfortable life in her mysterious home in Dallas, Texas. Thus, the butterfly of the entertaining world, Erykah’s news of success, and more millions seem inevitable seeing the way she grooves even today.