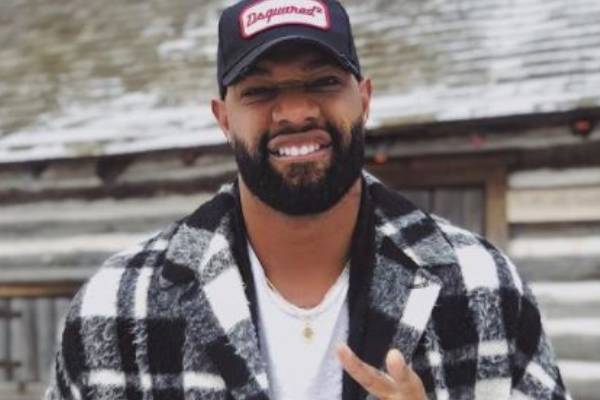 Marcedes Lewis is a football player from America who is playing at the tight end position for the Green Bay Packers of the National Football League. He has played for several teams in his NFL career.

Lewis’ exemplary sports skills have helped him gain not only immense fortune but also a huge fan following. His fans are curious to learn more about what is Marcedes Lewis’s fortune and his earning details.

Marcedes Lewis Net Worth And Earnings

Thanks to his football career, Marcedes Lewis’s net worth is estimated to be $25 million.

As mentioned earlier, Marcedes Lewis has earned an immense fortune from his football career. He was named as a Parade magazine high school All-American, and he was considered a top prospect by all major recruiting services.

For his college career, Marcedes attended UCLA and played for the UCLA Bruins football team. From 2002 to 2005, he played 49 games with the team and achieved significant success in his football career.

Marcedes was drafted 28th overall in the first round of the 2006 NFL Draft by the Jacksonville Jaguars. Then, in the first week of the 2006 season, he made his NFL debut. He played with the Jaguars for 12 seasons, and the team released him in March 2018. He then signed the contract with the Green Bay Packers.

Here is the table showing contract details of Marcedes with different teams.

Similarly, Marcedes Lewis’ net worth also comprises his career earnings, which he accumulated while playing with the two teams for different seasons. He played with the Jacksonville Jaguars for 12 seasons and accumulated a total of  $46,280,000. Furthermore, he has played with Green Bay Packers for 3 seasons and has already amassed $6,612,443.

Marcedes is still very dedicated to his career; thus, there’s no doubt that his net worth will increase in the future.

Marcedes founded the Marcedes Lewis Foundation to assist the youth in the community. Lewis fulfilling his childhood dreams and his love for the children prompted him to start the foundation. The foundation’s main goal is to provide scholarships to youth so that they can participate in several sports like basketball, volleyball, football, soccer, and many others.

In July 2020, Lewis began hosting a new lifestyle show, “The [email protected],” for Uninterrupted, which is a digital media company launched by Maverick Carter and LeBron James. They launched the company to empower pro athletes to tell their stories and speak their minds.

Lewis co-hosts the show with Jack McClinton, a former NBA player, Brandon Williams, a celebrity stylist, and Allen Onyia, a lifestyle coach. The first episode of the show debuted on Uninterrupted’s YouTube channel on July 29, 2020.

Thus, Lewis could be earning significantly from the show as well.

And from all the income sources mentioned above, it is no surprise that Marcedes Lewis’s net worth is estimated to be $25 million.

All thanks to his fortune worth of $25 million, Maverick is able to afford a comfortable and lavish lifestyle. He might be living a blissful life in Lakewood, California. A significant sum of Marcedes’s huge fortune also contributes to taxes.

In April 2020, Lewis listed his condominium at the West Hollywood Residences in Hollywood for $1.399 million. He had bought the property for $1.05 in 2012. As a result, he might have received significant profits from the sales.

As he has a multi-million dollar of wealth to his name, Marcedes might also have a good collection of cars and might have made a good insurance policy for them.

Nonetheless, with a net worth like that, it’s no surprise that he might be living a privileged life.