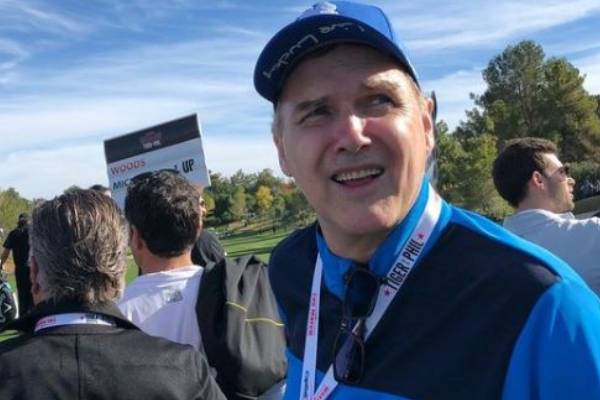 Norm Macdonald was an actor, writer, and stand-up comedian from Canada who is famous for his dry humor or deadpan style of delivery. He had gained huge fame and fortune in his career. The significant success that he had acquired caught the eyes of several of his followers. But, sadly, Macdonald took his last breathe on 14 September 2021, after struggling with cancer for over nine years.

So, Macdonald’s followers around the world are curious to know how much he earned while he was alive. Thus, we have tried to fulfill your curiosity with details about Norm Macdonald’s net worth and how he successfully garnered such an immense fortune to his name.

Norm Macdonald Net Worth And Earnings

Norm, born Norman Gene Macdonald in Quebec, Canada, began his career by performing stand-up comedy. As mentioned earlier, he had achieved significant success in his career.

Thanks to his career in the comedy field, Norm Macdonald’s net worth was estimated to be $2.5 million. Moreover, according to The Richest, his net worth was $500 thousand. No matter what the amount is, we can see that Norm had earned millions from his career.

Here, let’s learn how Norm amassed such an immense fortune to his name and his earning details.

Was A Popular Comedian

As mentioned earlier, Norm started his career as a comedian by performing several stand-up comedies at Yuk Yuk’s. He then made an appearance at the 1986 Just For Laughs Comedy Festival. Moreover, he worked as a writer for the 1992-93 season of the television sitcom Roseanne. After that, Macdonald quit his job as a writer and joined Saturday Night Live.

In 1993, Norm joined the cast of SNL and performed impressions of several celebrities like Burt Reynolds, David Letterman, Larry King, Charles Kuralt, Bob Dole, Quentin Tarantino, and many others. He then became well known for hosting the “Weekend Update” segment of the show during his second season there.

His performances on the “Weekend Update” were well-received and even quite controversial. During his time in SNL, he often made jokes about high-profile celebrities like Bill Clinton, Marion Barry, and Michael Jackson and many taboo subjects.

Then, in 1998, he left the show. But, Norm must have earned significantly in the five years he worked on Saturday Night Live.

Apart from being a comedian, Norm was also an actor and had acted in several projects. The movies that he had appeared in must have helped him add a significant amount to his fortune. Those films were great hits and even garnered a huge box office collection.

Here are some of the movies that Norm had starred in and its box office collections as per Rotten Tomatoes.

Besides these, Norm had voice acted in several of the films, which must have helped him increase his net worth. Apart from the movies, he had also made appearances in different television series.

In 2000, Norm made his first television appearance as the voice of Death on Family Guy. Three years later, he was cast as the title character in the Fox sitcom, A Minute with Stan Hooper. However, the sitcom was canceled after six episodes.

Apart from these television series, Norm had also appeared in other television series like My Name Is Earl, Sunnyside, Girlboss, The Middle, Skylanders Academy, The Orville, Mike Tyson Mysteries, and many others. An actor earns $58,176 on average; thus, Macdonald’s salary must have been similar to this amount, if not more.

Started His Own Ventures

In 1999, Norm created a sitcom, The Norm Show, with Bruce Helford. He also co-starred in the show, which was later renamed simply “Norm.” The series ran on ABC for three seasons and starred Laurie Metcalf, Ian Gomez, and Artie Lange. He also created an animated series, The Fake News, on the comedy website Super Deluxe.

In 2010, Norm developed Sports Show with Norm Macdonald, a sports version of The Daily Show, and it premiered on April 12, 2011. Furthermore, in March 2011, his first stand-up special, Me Doing Stand-Up, aired on Comedy Central.

Moreover, in 2013, the former SNL cast member launched his new podcast, Norm Macdonald Live, which Adam Eget co-hosted. The podcast streamed live weekly on Video Podcast Network and was later posted on YouTube. It ran for three seasons and must have helped Macdonald earn a considerable sum.

Additionally, in September 2018, a talk show hosted by Norm himself, named Norm Macdonald Has a Show, was premiered on Netflix. He must have earned significantly from the shows as they were massive hits.

Norm Macdonald’s net worth might have increased over the years from the shows that he had created and starred in.

Acted In Commercials Too

Apart from the movies and television series, the multi-talented actor and comedian had also acted in different commercials. He worked as a voice actor in commercials for a Canadian telecommunications company named Bell Mobility in 2006. Furthermore, he also voiced a character for AT&T commercials in 2007 and 2008.

In 2012, Norm became a spokesperson for Safe Auto Insurance Company. Moreover, he portrayed Colonel Sanders in several KFC commercials in 2015. Norm Macdonald must have been paid handsomely for his appearances in these commercials.

Looking at his work and success, Norm Macdonald’s net worth might seem a bit less than expected. But as he was still dedicated to his career till his death, one cannot doubt that his fortune might have increased significantly on his last days.

Had A Serious Gambling Addiction

During his days on SNL, Norm’s serious gambling addiction reached a boiling point. His addiction began when he won a six-figure sum in Atlantic City. It was reported that he used to drive to Atlantic City immediately after filming his segment and gamble late into the night.

Things became even worse when he moved into a building with a casino in the lobby. Macdonald later revealed that he was only able to make savings worth $200,000 from his SNL salary. He revealed that a total sum of $400,000 was the most he ever lost at one time.

Moreover, as a skilled poker player, Norm was placed 20th out of 827 contestants at No-Limit Texas Hold’em event at the 2007 World Series Poker. In addition, he even won $14,000.

Norm’s gambling addiction might have made a dent in his income. But he might have become successful in covering the dent with his continuous professional achievements.

As stated earlier, Norm Macdonald’s fortune was estimated to be $2.5 million. Well, with wealth like that, it’s no surprise if he lived a comfortable and lavish lifestyle. He lived happily with his family in Santa Monica, California.

In 2015, the talented comedian Norm put his Santa Monica condo on sale for $2.2 million. He had bought the property with 1,630 square feet of living space with ocean views for $1.75 million in 2008. So he might have benefitted from the sale.

Similarly, according to Celebrity Net Worth, he had purchased another property in Playa Vista in 2015 for $750,000.

Norm Macdonald might have paid a significant amount in taxes and must have a good insurance policy for his assets as well.