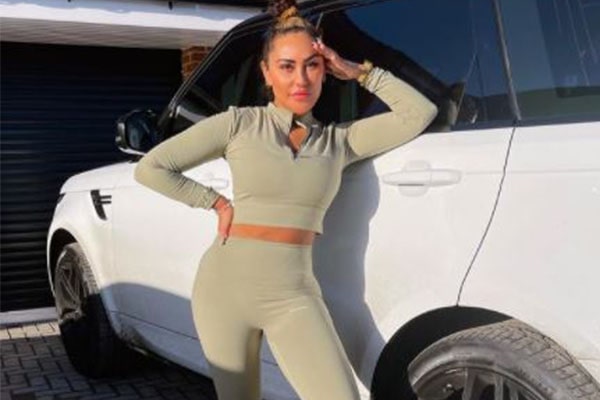 Sophie Kasaei is an English actress and television personality. She gained immense fame and fortune from the popular British reality television series Geordie Shore which is broadcast on MTV. Apart from this series, she has also appeared in various other shows and series.

Along with the television series appearance, Sophie also endorses various brands. According to Daily Star, Sophie Kasaei’s net worth is estimated to be $1.185 million (£860,000). She has accumulated enormous wealth from the TV series that she has appeared in and from other brand endorsements as well. Now, let’s learn more about how the social media influencer and actress earned such a huge wealth and lifestyle.

Sophie Kasaei Net Worth And Career

As stated earlier, Sophie Kasaei’s net worth is estimated to be $1.185 million (£860,000). She amassed such a huge wealth through her television appearance, brand endorsements, and various other ventures.

Aforementioned, Sophie Kasaei is a social media star and television personality who has appeared in a handful of TV shows. Although the number of TV shows that the beautiful actress has appeared is low, she has earned considerably.

Sophie started her career by appearing in the popular reality TV Show Geordie Shore. She was on the show from its beginning in 2011 until 2013, when she was fired from the show for using a racist term on camera. She appeared on the show along with Gaz Beadle, Holly Hagan, Vicky Pattison, James Tindale, and many others. Three years after getting fired, in 2016, Sophie returned to the show for the Big Birthday Battle Special. After that, she stayed on the show until series 19 in 2019.

Apart from Geordie Shore, she has appeared in various other TV series like Geordie OGs and Just Tattoo of Us. She has also guest-starred in series like Lindsay Lohan’s Beach Club, Ex On The Beach, and various others. Apart from these series, she has also played in television documentaries When Reality TV Goes Horribly Wrong and When Television Goes Horribly Wrong 2. According to PayScale, an actress in the UK has an average salary of $39.9K (£29,000) per year. So she must have earned significantly as an actress.

As stated earlier, Sophie has gained immense fame from the show, Geordie Show. The popularity then helped her get various endorsement deals and sponsorship offers. The social media star with more than 2 million followers on Instagram endorses multiple brands. She has worked with huge brands like Boohoo, Missy Empire, Pretty Little Thing, Missguided, and many more. She has also worked with BPerfecct Cosmetics, Flat Tummy Lifestyle, and L1scents.

Going through her Instagram, we can show that she has uploaded various pictures by tagging the brands that she has endorsed. According to Influencer Marketing Hub, she has estimated earnings of $4,162.5 – $6,937.5 per post on her Instagram. Sophie must have made a considerable income from the endorsement deals and sponsorship offers.

Also Read: Floyd “A1” Bentley Net Worth- Earnings As Producer and Salary From Reality Shows

Apart from the television appearance and endorsement deals, Sophie has also earned significantly from her stores. After getting fired from the show,  the beautiful actress released her own clothing lines, Off The Rails Boutique and House of SHB. She was also a party planner for Geordie Tours.

Furthermore, Geordie also has a YouTube channel with 2.31K subscribers, where she started posting videos in May 2020. The YouTube channel helps her make an estimated monthly and yearly earnings of $0.04 – $0.56 and $0.42 – $7, respectively. We can see that the popular social media star earns less from her YouTube channel, but with the increasing popularity, there’s no doubt that her YouTube earnings will increase in the coming years.

Sophie has her own collagen drink range called Sk-in. Apart from that, she also has a website, Unmasked, where she shares body positivity, tips about home designing, DIY, fitness, beauty, and many others. The website also features a podcast on various topics. She has made a significant income from the various ventures. She is still very dedicated to her career, so there’s no doubt that her net worth will increase in the days to come.

As stated earlier, Sophie Kasaei’s net worth is more than $1 million (£860,000). She has amassed such an enormous fortune to her name from the television series Geordie Shore, endorsement deals, her own company, and various other ventures.

With a net worth like that, the talented actress is living a comfortable lifestyle at her home in New Castle, which she bought in 2020. She shared glimpses of renovation through an Instagram account named “KasaAmor.” She also owns cars of brands like Range Rover. Thanks to her massive fortune, Sophie can afford a comfortable and lavish lifestyle.