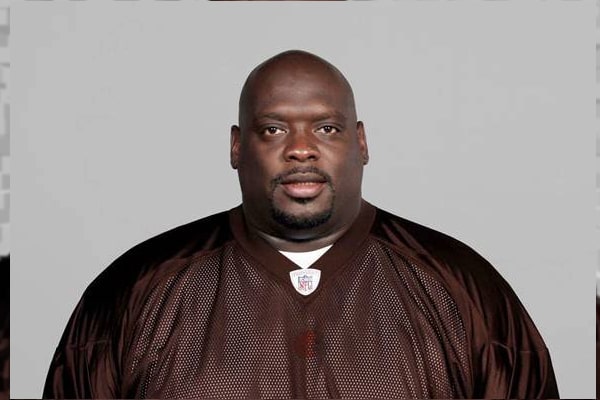 Theodore Washington Jr. is a former NFL player who was drafted out of Louisville by the San Francisco 49ers in the first round of the 1991 NFL Draft. He played for the Denver Broncos, Buffalo Bills, Chicago Bears, Oakland Raiders, and Cleveland Brown.

Furthermore, Ted Washington retired after the 2007 season. Throughout his 16 long years in NFL, he was selected for four Pro Bowls, and his enormous frame earned him nicknames like ‘Mt. Washington’ or ‘Washington Monument.’

Besides his monumental career achievement, Ted Washington’s net worth has climbed Mt. Everest since then. Therefore, here is a detailed breakdown of Washington’s career earnings and other ventures. Hold tight.

Also Read: How Much Is Michael Chandler’ Net Worth

Aforementioned, Ted Washington played for five different clubs before he retired in 2007. His fortune has escalated throughout the years, and he has earned a massive reputation from his career.

According to Celebrity Net Worth, Ted Washington’s net worth is estimated to be $11 million. Born in Tampa, Washington, he played football for the University of Louisville and later was drafted by the San Francisco 49ers. He went on to win several titles and games and appeared in four Pro Bowls during his career.

Aforementioned, Ted Washington spent 16 years building a career in NFL. The San Francisco 49ers’ first-round pick in the 1991 NFL draft made his debut at the New York Giants. He later finished the season with 21 tackles and one sack.

Washington was traded to the Denver Broncos, and in a year with the Broncos, he played 15 games with 56 tackles and 2.5 sacks. He was later signed to Buffalo Bulls with a guaranteed average salary of about $2.8 million. With the amount, Washington became the fifth highest-paid defensive tackles in 1997 figures. Sadly, Bills struggled to meet the salary-cap deadline following the 2000 NFL season.

Thus, on Feb 22, 2001, he was cut in par because he refused to take a pay cut for the second straight year. Washington was scheduled to make about $7.6 million, including bonus money.

The freak athlete Ted Washington signed for Chicago Bears in a $7.5 million deal. However, his second season with the Bears was ruined by injury, and by 2003, he was traded to New England Patriots. He signed an undisclosed amount of contract with the Patriots and was a part of the Patriots team who won Super Bowl XXXVIII.

Similarly, Ted Washington went on to play for Oakland Raiders and Cleveland Brown the following years before retiring in 2007. After retirement, he reportedly started coaching football in high schools.

The 6’5″ tall athlete did his best in the NFL world and gained both money and fame. After retiring at age of 39, he started coaching at several schools in Charlotte, Weddington, Monroe, and Marvin Ridge.

Furthermore, Ted became a new defensive coach at Indian Land High School in 2018. He got hooked up with the Indian Land via a coach he knew, who was coaching the Marvin Ridge high school at the time.

Moreover, when asked what the most challenging thing about teaching kids was, he denied having difficulties. Ted Washington further detailed that he likes to teach fundamentals.

The average salary of a coach is $44K per year, according to Payscale. Therefore, Ted Washington’s salary must be handsome considering his massive personality and experience.

Interestingly, Ted admitted that he never reveals the part of his history with his students. Nevertheless, Ted Washington’s net worth has grown to $11 million, thanks to his NFL and his coaching career.

Appeared In A Few TV Series

Although the earnings as an NFL player highly influenced Ted Washington’s net worth, he also made some pretty bucks from a few shows and tv series.

According to the athlete’s IMDb, Ted Washington has appeared in at least nine television series and programs throughout his career. Furthermore, the four-time Pro Bowl nominee’s credits include The NFL on CBS, NFL on FOX, NFL Monday Night Football, etc.

Washington has also voiced in a video game called NFL Xtreme 2 in 1999. Before that, he also appeared in TNT Sunday Night Football, 1993 NFC Championship Game.