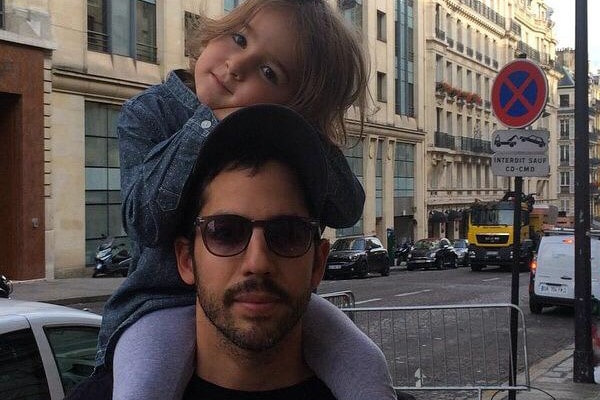 David Blaine is one of the significant magicians ever known. The American illusionist Blaine is famous for endurance stunts such as staying freeze into a block of ice for three days and living in a glass for days. The uncommonly unique magic performer, David has not only endured success in his professional career but also has passed his talent to his daughter, Dessa Blaine too.

David Blaine’s daughter Dessa Blaine appeared for the first time in the television with her magic skill in her dad’s show ‘David Blaine: The Magic Way‘ on ABC. Here, learn some interesting facts about Dessa, which you might want to know.

Dessa Blaine’s Debut From ABC With Her Dad

The skilled young magician, Dessa, inherited the unfamiliar ability of her father, David Blaine, since her early childhood. She began mysterious tricks at the age of four. However, Dessa used to do her skills away from social media. She appeared for the first time on the television only on 1st April 2020 at the age of nine.


David usually keeps his daughter and her prowess away from the spotlight. But, this time, he felt like it is a suitable time to show his little princess before the public eye. David thought to give a few kinds of insight into something he usually does not put on T.V.

Dessa Blaine is the daughter of world-famous illusionist David Blaine with his former girlfriend, Alizee Guinochet. The ex-couple together welcomed their daughter Dessa on 27th January 2011 in New York.

David’s baby mama Alizee is a model who worked for several modeling agencies, including Next Model Management, Fashion Model Management, and many more. Moreover, she is famous for her act in Holy Rollers and Rock n Roll.

Furthermore, Alizee used to work for advertisements as well. In the past, she did modeling for the ad of Yellowbox Footwear; ramp walked in the fashion show of Ready to Wear Fall/Winter 2004 for Rolf, Victor, and Gaspard.

Also, Alizee Guinochet owns a jewelry line called AND Paris, which is taking its market and even being signed by celebrities.

Dessa’s parents David Blaine and Alizee Guinochet, were together since the late 2000s. The news of ex-duo getting engaged covered the news headlines when the two were spotted kissing in Central Park in 2009.

According to the New York Post, David confirmed that they were engaged after the media persons attacked them with strings of questions regarding their public romance.

While the journalists were busy asking questions to the ex-couple, they spotted two ‘pre-engagement’ gold bands, one with small diamonds in it. The American magician had told he would get his girl, Alizee, a real ring when the economy improves. However, the ex-partner’s relationship kept going on and off time and again. They haven’t tied their marital knot yet.

David Blaine usually keeps his daughter and her personal information out of the limelight. However, sometimes he takes the opportunity to share the occasional photos of his intelligent daughter Dessa on his Instagram.

On 21st July 2019, David shared a photo of a scenic vista from a mountainous landscape captioning ‘Real Levitation.’ In the picture, David was holding his daughter’s hand, whereas his girl, Dessa, seems like floating in the air.

Before that also, David Blaine posted a couple of pictures of his daughter. Though, he has not disclosed any information in regards to her educational level, favorites, and many more.

Temporarily Separated From David Due To Corona Pandemic

David and his little rug rat, Dessa, detached from each other for some time due to the mitigation efforts to curb the spread of the Corona Virus. Dessa stays with her momma Alizee in France as France closed its borders due to the COVID-19 pandemic.

Although the father-daughter duo is distant from one another, they converse using FaceTalk. They do FaceTime workouts every day and do competitions on jumping rope, doing push-ups, and planks together over FaceTime.

During the Pandemic, David is using the FaceTime app not only to talk with his daughter but also to perform his magic tricks on his ABC Special show.