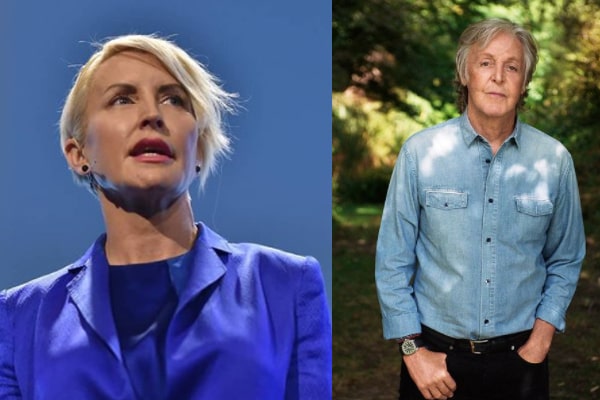 The heartthrob of the 60s, Paul McCartney still manages to steal the hearts of people via his humble nature and meticulous jolly voice. Furthermore, the Beatles’ legend prefers to keep his personal life, especially children, away from the media scrutiny.

But the latest era of the Internet & technology makes it simply impossible to keep things grounded. However, born to Paul and Heather Mills, Beatrice McCartney‘s photo raised many questions about her whereabouts and life.

Aforementioned, Paul McCartney prefers to keep his life a private matter as he experienced raising his first four kids on roads. Therefore, he succeeded in raising his youngest baby girl, Beatrice, away from the media scrutiny.

Moreover, Paul and Heather exchanged their vows at an extravagant wedding on June 11, 2002. The former McCartney couple longed to welcome a child since their marriage, but Heather was facing complications.

While talking to Oprah Winfrey, Paul McCartney’s ex-wife, Heather Mills, revealed that she could not conceive a child after multiple miscarriages. Likewise, she reportedly appeared on the British show Parkinson in February 2003 and told that she had fertility issues because of her previous pregnancy complications and might not conceive.

Regardless, Paul and Heather announced their first and only pregnancy in May 2003. Therefore, she believes their baby, Beatrice is a miracle child.

Moreover, when Heather disclosed the news about their pregnancy, the former couple shared some tears of joy. Furthermore, Paul McCartney’s daughter, Beatrice Milly McCartney, was born three weeks earlier, on October 28, 2003. However, she was absolutely stunning, healthy, and weighed seven pounds.

Beatrice grew up along with her elder half-siblings, Mary McCartney, James McCartney, Heather McCartney, and Stella McCartney. Her dad had welcomed all of them with his late spouse, Linda McCartney.

As mentioned earlier, Paul McCartney’s daughter, Beatrice, is a pure blessing for the couple. Therefore, they decided to tribute their respected people through her.

Consequently, Beatrice was named after Heather’s mother, Beatrice, and Paul McCartney’s aunt, Milly McCartney. If you are wondering how close Paul and Milly were, well, she was the one who stepped up and helped him take care of the household needs.

Moreover, Milly was the only family member concerned about Paul and was interested in his personal lives including his marriage with Linda McCartney. Thus, it wouldn’t be wrong to say McCartney’s aunt basically replaced his mother.

Hence, Paul McCartney’s daughter, Beatrice Milly, was named after each of her parents’ beloved people.

The legendary singer, Paul McCartney, and his former partner remained adamant about keeping their daughter grow away from the media approach. Aforementioned, Paul experienced the hassle and impact of raising children on the road and exposing them to public scrutiny at a young age.

Therefore, the former McCartney pair consciously and deliberately keeps their baby girl away from the media approach. Hence, Beatrice McCartney was only spotted a very few times with her parents and was photographed by paparazzi.

Regardless the privacy, Paul McCartney’s child was also photographed during his third wedding anniversary to businesswoman Nancy Shevell. One among her rare public appearance was in May 2017 when she accompanied her father to watch the musical Carousel.

She was clicked alongside her father and the drama cast, including Katherine Jenkins, Nicholas Lyndhurst, and Alfie Boe. Beatrice, 13 at the time, looked dapper in denim pants and a dark shirt strikingly resembling her father in his youth.

Thus, Paul McCartney’s daughter, Beatrice’s appearance after ages, created a serious buzz in the media reporting how she looked identical to her father.

A Saxophonist But A Probable Marine Biologist

Aforementioned, Paul McCartney’s baby, Beatrice, is camera shy, and her parents are doing their best to keep her away from the media. Being Paul’s daughter helped keep her identity private for a long time, and thus, she is enjoying a normal and lavish lifestyle.

During an interview with Oprah Winfrey, Beatrice’s mother, Heather talked about her daughter. She further added, “I’m really proud of the fact that I have kept her image completely protected.”

Heather continued, “She’s not mixing in the celebrity lifestyle. She’s not out in the public places where the whole celebrity thing goes on.” Hence, she consciously chose to keep her baby away from the limelight. Accordingly, Heather also revealed that Beatrice was not a big fan of celebrity gatherings and would opt to be outdoors and free in public places.

Furthermore, Beatrice, Paul and Heather’s only child, is a saxophonist and allegedly learned to play at a very young age. However, she is not a big fan of the celebrity lifestyle and would not follow her father’s footsteps into music.

Moreover, Heather also talked about teaching her the saxophone and does all the music teaching. Likewise, she added that Beatrice is a brilliant poet, which she gets from her father.

According to Facts Ninja, Beatrice is rather interested in becoming a marine biologist than a musical career. Well, the ocean is still a mystery. So, we would wish Beatrice the biggest luck ice casino bonus bez depozytu.

Paul McCartney’s daughter, Beatrice, was embraced by both her parents, but she could have struggled with juggling time between her parents following their separation in 2006.

Aforementioned, Paul and his ex-wife, Heather, welcomed a daughter in 2003, a year after their posh wedding. However, the romance did not last long as the public constantly scrutinized Heather.

Furthermore, the former Mrs. McCartney, Heather, was accused of being a gold digger. While Beatrice’s mother Heather endured the constant criticism, Paul felt pressured to defend his wife against the allegations.

People’s nosy nature has ruined many marriages, and the MacCartney pair, too, fell victim to this scheme. Hence, after four years of marriage, the former McCartney announced their separation and released a joint statement, “found it increasingly difficult to maintain a normal relationship with constant intrusion into our private lives.”

On July 29, 2006, McCartney reportedly petitioned for a divorce. Hence, their divorce was finally settled on March 17, 2008, which included a settlement awarding Mills $48.7 million.

Likewise, the divorce settlement also stated that Paul pays their daughter’s nanny and school fees. Paul was also ruled to pay $70,000 per year until Beatrice turns 17 and completes her secondary education.

Following the divorce, the couple also agreed to share custody. However, Paul McCartney’s daughter, Beatrice, lives with her mother, still away from the media scrutiny.

Thus, after the last sighting in 2017, Beatrice again vanished in thin air. Therefore, let’s hope to hear more of her in the coming years, probably with her groundbreaking experiment/findings as a marine biologist.

The name Beatrice is of French name derived from Latin which means, she who brings joy.