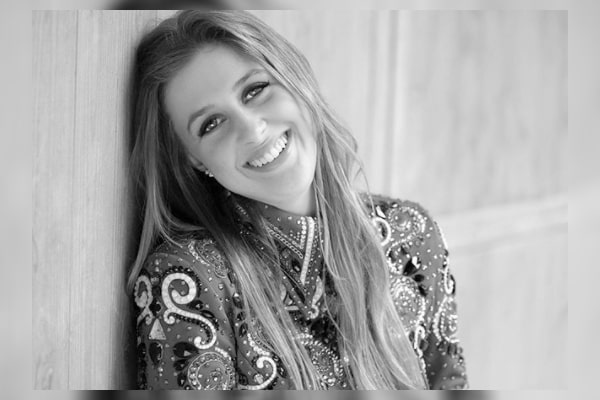 Michael Schumacher is a retired racing driver in Formula One for Jordan Grand Prix, Mercedes, etc. Regarded as one of the most skilled F1 drivers, he is the only racer to win seven F1 World Championships, among which five were consecutive wins.

Michael Schumacher was statistically the most significant driver at the time of his retirement. Besides being the best driver the sport has ever seen, he is the best father and a loving husband. Hence, we shall be tailing one of Michael Schumacher’s two children, his daughter, Gina-Maria Schumacher.

Michael Schumacher is arguably the best in the racing sport but is a great father as well. He welcomed his first child, Gina-Maria Schumacher, on February 20, 1997, with his wife, Corinna Schumacher.

Gina Schumacher’s parents are both successful people. Papa Schumacher has his legacy as a racing driver, while mama Schumacher is a successful businesswoman. The pair married in August 1995 and welcomed two, including Gina.

Gina Schumacher grew up along with her brother, Mick Schumacher, who followed their father’s racing legacy. The sibling bond is commendable, and so is Michael Schumacher’s daughter, Gina’s love for horses.

Unlike her brother, she traced her love for the beautiful runner and pursued a successful career as a professional rider. Let’s talk about Gina Schumacher’s achievements as a pro rider.

Aforementioned, Gina-Maria is an avid horse lover. She is a pro horse rider and is known to be her father, Michael’s doppelganger. Gina has always been keen about horses and chose it as her career.

Like Gina Schumacher’s Instagram bio says, ‘The starting point of all achievement is desire’ she dared to dream and followed her passion. Hence, her hard work paid her off with not one but two gold medals.

Michael Schumacher’s daughter dominated the FEI World Reining Championships in 2017 as he reigned over F1 for several years. She won gold in the team even while her mom, brothers, and grandparents proudly watched her win.

Furthermore, Gina managed to wow her audiences at NRHA European Derby at the Euriexpo arena in Lyon, France.

Gina shares her love of horses with her mother, Corinna, who happens to be an exceptional rider and breeder herself. Gina is undoubtedly guided by the excellent and has several sets of skills. Furthermore, Michael’s daughter is grounded and loves her horse very dearly. Let’s hope to hear more of her in the coming days.

As stated above, Gina is enjoying a very successful career as a pro-horse rider. A devoted Schumacher fan knows how fiercely secretive is Schumacher’s family, especially after the uneventful day of 2013.

Hence, it is rather hectic to find about Gina-Maria Schumacher’s net worth. However, according to Salary, the average salary of a horse rider ranges between $47,43 and $70,559. Since Gina is an exceptionally talented rider, she must earn above the average.

Furthermore, she also shares her father, Michael Schumacher’s net worth, which happens to be whopping $600 million. Moreover, according to the Forbes 2017, Gina’s father’s career earnings is $1 billion and the only of six athletes to top the FORBES highest-paid athlete since 1990.

Let’s hope Gina reaches the summit her father managed to achieve, or even further.

Besides enjoying a very successful career as a horse-rider, she also enjoys a healthy relationship with her long-time partner, Iain Bethke. The pair shares the love for horses and shows. Furthermore, Gina-Marie Schumacher’s boyfriend is a show jumper and is seen beside her in every game. We are all about supportive boyfriends!

Aforementioned, the Schumacher family is famous for its notorious secrecy. However, according to Express.Co UK, Sabine Kehm, a spokesman for the family, confirmed their relationship and revealed they’ve been together for quite a while.  Bethke is present in each game to support his partner alongside his to-be mother-in-law.

However, Michael Schumacher’s daughter learned her skills from her mother. Thus, she keeps her PDAs to herself and only shares about her career.

Although there are a few exceptions where she wishes Christmas, Gina meticulously separated her personal life from her career. Unlike Gina, her partner does not shy away from sharing a couple of photos on social media.

As stated a gazillion times, Gina’s father, Michael, is a world-champion and a record holder of seven wins. Unfortunately, one of the greatest in F1 history had a tragic fall and has been struggling to recover since 2013.

Michael was skiing with his then 14-year-old son, Mick, on French Alps but hit his head on a rock while crossing an area between Piste Chamois and Piste Mauduit. He suffered a severe head injury despite wearing a ski helmet. He was airlifted to Grenoble Hospital and underwent two surgical interventions.

Furthermore, he was put into a medically induced coma because of traumatic brain injury, and by 2014, doctors reported a stable condition. Likewise, he had regained consciousness by June 16, 2014, and was transferred to the University Hospital in Switzerland for further rehabilitation.

In an interview in 2015, Schumacher’s manager, Sabine Kehm, revealed that his condition was slowly improving considering the injuries. Although ‘paralyzed and wheelchair-bound,’ Gina Schumacher’s father is continuing to fight for his life even today.

Schumacher family firmly denied the rumors and reported to have muscle atrophy and osteoporosis from six years of bed confinement. Furthermore, the Schumacher family has been facing a hard time since 2013 and has been attempting to move on. So, respecting their privacy seems more ‘HUMANE.’

As mentioned before, the Schumacher family is known for its secretive nature, and their daughter is no different at all. Despite being a sports legends’ daughter and while forging her career, very little is known about her.

Gina maintains her silence regarding her matters and keeps her career upfront. Furthermore, she keeps mum if asked about her father but represents him in her hard work and victories. Similarly, she inspires others and might be a way to encourage herself, her parents, and her fans to keep fighting for their dreams and achievements.

Michael Schumacher’s daughter, Gina, is a pleasantly beautiful woman with her career on a hike. Let’s hope she outshines her father, all while making him proud of her achievements.

The name Gina is of Italian origin, which means Queen and Marie is Czech form of the biblical name Maria which means ‘sea of bitterness,’ ‘rebelliousness,’ or ‘wished for a child.’