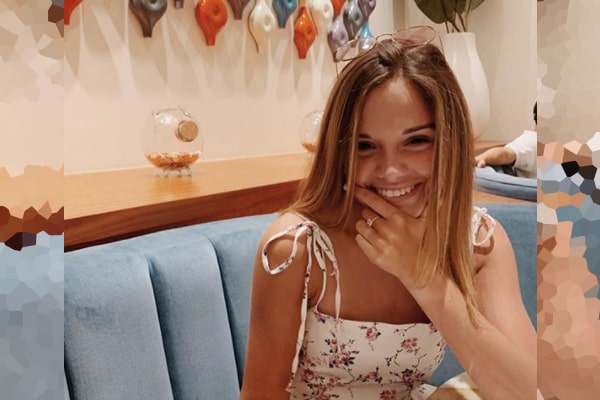 NBA has witnessed many mindful people with fantastic basketball skills and incredible knowledge of their work. Among them is the head coach of the Dallas Mavericks of the NBA, Rick Carlisle. Besides having a successful career as a former NBA player and a head coach, Rick has been enjoying a blissful marital life with a long-time partner, Donna Nobile, and a doting father to Abby Carlisle.

Those who’ve followed Carlisle for a while know his music passion and an avid love for the piano. Likewise, Carlisle’s daughter, Abby Carlisle, is no different from her father and loves music. The father-daughter duo often appears on social media sharing their talent.

Therefore, here is everything we found out about Rick Carlisle’s daughter, Abby Carlisle.

Only Child To Rick and Donna Carlisle

The most cherished province of a woman: motherhood and the significant milestone for a couple: parenthood makes them the most robust version of themselves. Dallas Mavericks’s head coach, Rick, experienced great fatherhood with his wife, Donna Nobile.

The pair welcomed their only child, a daughter, Abby Carlisle, on May 7, 2004. Furthermore, Rick Carlisle and his wife, Donna’s love for their little girl, have dwarfed anything they had ever felt like a human being.

Abby Carlisle’s parents, Donna and Rick, met late in his playing days. Moreover, while Rick worked his way up as an assistant coach, his baby mama attended graduate and medical school at Georgetown. The Carlisle couple didn’t marry until 2000 because of Donna’s three-year pediatric residency in Philadelphia, and several other plans followed.

Moreover, Rick accepted that the wait was long, but his sweetheart was worth the wait. Four years after their marriage, the pair was blessed with a beautiful daughter.

Rick confessed that his daughter’s birth was the only time that he ever missed his team’s practice. He further pinned the experience as ‘well-worth because the birth of your first child is life-changing.’

Consequently, the Carlisle couple were pretty happy to have welcomed a daughter since they wished for one. Ricky further clarified that a boy would’ve been great too but felt a connection with Abby that was very special to him.

Well, Rick and Abby share a heart-warming relationship as they appeared on games and several other events together. In other words, Rick Carlisle’s daughter was a star in his life from the very beginning.

Star Child Since The Beginning

As stated above, Rick Carlisle’s daughter, Abby, has been a star since she was a kid. Abby was, in fact, aware of a room full of reporters asking her father bizarre questions. Presumably, it was Carlisle’s daughter’s holiday spirit that forced the media outlets to confirm Abby’s identity and made sure they had permission to air the footage.

The only kid to Rick Carlisle and his long-time partner Donna, Abby Carlisle, is growing up in a warm family environment and is active on social media. Although Rick has maintained his personal life away from social media, we know that the Carlisle family is in no rush to expand further.

She further acted as Rick’s surgeon and loved her fathers’ company, who would tell stories for her classes s a kid. Besides hanging out with coach dad, she is involved in several activities, including ballet performance and diving board. Being a sportsman’s daughter, Abby must have learned great traits of a sportsperson, and hence we might see her outshining her father someday.

Likewise, papa Carlisle is a proud father and shares his daughter’s talent on the screen. As of now, Abby is busy going viral on TikTok alongside her ‘buttoned-up’ father.

Aforementioned, Donna and Rick Carlisle’s daughter, Abby Carlisle, enjoyed a pretty decent childhood surrounded by media and big names in the NBA. The 16-year-old is pretty versed at using social media and going on with the trend.

Furthermore, the father-daughter duo is a star of TikTok after their dancing video got viral on social media. Perhaps Rick and Abby caught up and rejuvenated their bond during the offseason. Likewise, Carlisle’s daughter is pretty active on Instagram, with over nine thousand followers.

While going through Abby Carlisle’s Instagram, it is evident that she is a social bee and loves to hang out with friends.

Besides dancing with Rick, Abby also shares her father’s love for music/piano. Rick Carlisle’s long-time fan knows his avid love for piano and might have seen him performing a piece with his baby girl as well. Amidst the pandemic chaos, Rick and Abby always found ways to lighten the mood.

Although Abby’s mother and Rick Carlisle’s wife, Donna, maintains a sush life, she is equally close to her daughter as Rick. Therefore, let’s hope to see more of Rick Carlisle’s daughter outshine his fame in the coming days.

The name Abby has a Hebrew origin, which means the joy of a father.