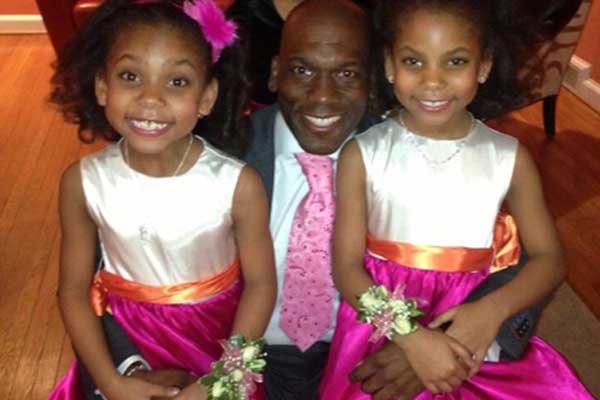 Did you know Dr. Jamal Harrison Bryant was previously married to the Reality superstar Gizelle Bryant? The pair exchanged their vows in 2002. Together the ex-pair is proud parents of three daughters, Grace Bryant, Adore Bryant, and Angel Bryant.

Jamal and his ex-wife Gizelle welcomed their eldest daughter Grace on November 4, 2004, followed by the birth of their twin daughters, Adore and Angel, on April 30, 2005. Moving on, have you ever thought what’s it like to be Jamal Harrison Bryant’s daughter? What their life is like, and how do they manage to stay away from the spotlight though their parents are so famous? If you are curious to know all of that, then stay tuned because we are about to answer that for you.

We all know how much of a great person Jamal is, but did you know he is a great father as well. Though Jamal has separated from his ex-wife Gizelle, he maintains a firm bond with their daughters. He can be seen spending time with his daughters whenever he has time. They go on vacations, to dinner dates, or simply spend time with one another enjoying each other’s company.

Owning Their Own Restaurant

Yes, that’s right. At the age of fourteen, the Bryant sisters have opened their own restaurant. Jamal Harrison Bryant’s daughters are the official owners of Arizona’s restaurant in the city of Stonecrest. On October 15, 2019, their mother Gizelle announced that they were soon having a ribbon-cutting ceremony for her daughters” new restaurant.

Likewise, Angel, Adore, and Grace were seen wearing their very own petite power suits at the relaunch of the restaurant on October 21, 2019.

All of Gizelle Bryant’s daughters share a lovely bond with their mother. They love spending time with their mother, and Gizelle too is fond of her children. She says her twin daughters are the every best of her and are the reasons that she wakes up every day smiling. They are simply a blessing to her life.

Mother Gizelle further adds, her three daughters have changed her life but in a good way. Now she is a better person cause her daughters gave her the purpose of becoming someone better, someone they could look up to, and, most importantly, someone that mattered in their life. She simply wanted to become the best mother there is and wanted to give her daughters what they asked or could have asked for.

Well, not many may know this, but the twin sisters also have got two half-siblings named Topaz Bryant and John Karston Bryant