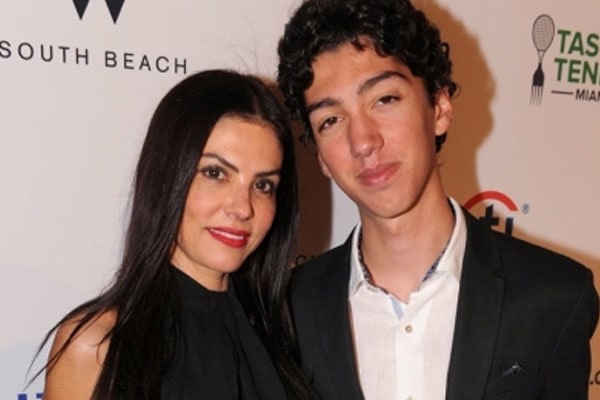 The Brazillian bombshell, with the casting of the popular reality TV show Real Housewives of Miami, Adriana De Moura is one of the hottest celebrities despite being the age of fifty-four. She still has an excellent shape that can turn heads on and gorgeous looks as well. And the beautiful Adriana has a son named Alexandre Sidi. He was born to Adriana and her ex-husband Roberto Sidi.

However, they broke apart after Roberto cheated on her with a 17-year-old girl and a three-month-old baby. Since then, she was single for a while and later on married a French businessman Frederic Marq in 2008.

Man Of The Sea

It looks like Adriana De Moura’s son is the man of the sea. Alex seems to enjoy water sports and genuinely invest his time on them. He joined the University of Miami Sailing about three years ago and doing quite well as a team member. The young and handsome man, Alex, is a very athletic person with overflowing enthusiasm and quite a responsible one too. It seems like Alex’s mom, Adriana enjoys riding on the boat as well. Maybe the mother and son duo travels together a lot.

We hope Alex is living the best moment of his life. As Alex is possibly not active on social media platforms like Instagram, we can assume that he is focusing on his future career more and working hard to achieve his dreams.

Alexandre Sidi, the son of Brazilian beauty Adriana De Moura and ex-husband Roberto Sidi, is a wonderful pianist as well. He plays great music pieces like Beethoven, Chopin, and so on. And for the fun fact, Alex Sidi’s mom, Adriana, is also a great pianist, to be exact, a burgeoning concert pianist. We can see how Alex grew up having great musical talent, as his mom must have played for him since his young days. As Adriana is an art dealer and has a great artistic taste and values, it must have brushed off some on growing Alex.

We can see that Alex got his good looking genes and musical talent inherited from his mother, Adriana. The mother-son duo has a great bond and seems to be unwavering. We hope they have a great time with each other, playing music and going around the islands.

Alexandre Sidi’s parents, mother Adriana De Moura and father Roberto Sidi, reportedly broke apart after a 17-years-old girl’s phone called Adriana, claiming that she is Roberto’s wife and has a three-month-old baby with him. Adriana went through some traumatic divorce drama and finally settled with a French businessman Frederic Marq in 2008.

However, mother Adriana did not settle down abruptly at all. When she opened up about her marriage to young Alex, the baby boy was not ready to accept it and pleaded mother Adriana to not marry now. This is why Adriana postponed her wedding for a while to give Alex some time to think about it. And it paid off well, as Alex accepted Frederic Marq as his stepfather.

Alexandre Sidi has grown up to be a handsome and charming man. And he is undoubtedly close with his mother and stepfather too. We can assume that the family of three goes on luxurious trip in their yacht and make great memories.

The name Alexandre is of Greek origin, meaning “defending men.”