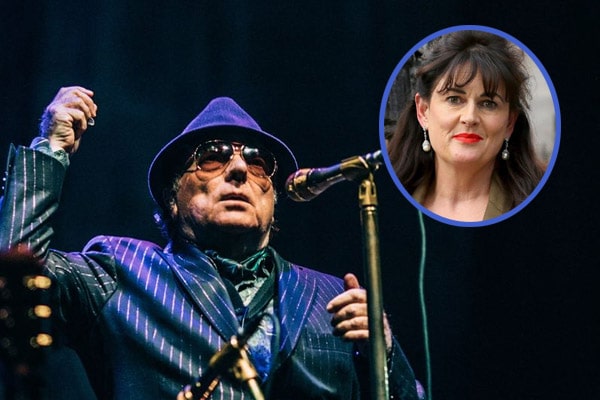 The beautiful Michelle Rocca married twice, first with the Irish International footballer John Devine when she was seventeen years old and another with the Northern Irish Singer-songwriter, Van Morrison. However, both of her marriages ended with a divorce. From the second marriage with Van, Michelle has two children, a son and a daughter named Aibbe Rocca Morrison.

Here, in this article, meet the gorgeous daughter of Michelle, Aibbe Rocca Morrison, and get to know her better.

First-born of Michelle and Van Together

As mentioned earlier, Van Morrison is the second husband of the beauty queen Michelle Rocca. When Van and Michelle met, Michelle was already a mom to three young daughters from previous relationships. Later after tieing the knot with Van in the mid-90s, Michelle gave birth to Van’s first child with her, Aibbe Rocca Morrison, in 2006.

Both celebrities, Michelle and Van, are very concerned when it comes to their personal life. Hence, they have not opened much about their daughter, Aibbe, to the public. It seems like the protective parents of Aibbe do not want any unnecessary disturbance in their little princess’s life concerning their popularity. There is no further information regarding the childhood days, and what Aibbe is doing in the present available in the media.

Aibbe is not the only child of Michelle and Van together. Michelle Rocca’s daughter, Aibbe, is a blessed sister to a brother named Fionn Ivan Patrick Morrison, one year younger than her. Her parents welcomed her younger sibling, Fionn, in 2007.

Michelle and her ex-husband, Van has not shared any photos of their children to date on any of their social networking handles. They probably want their kids to stay away from the media paparazzi so that they can live their everyday lives without any unwanted media dramas.

Besides, Michelle is a mother to three daughters from her previous relationship. Her two daughters, Natasha Rocca Devine and Danielle Rocca Devine, are from her first husband, John Devine. And Claudia Ryan is Michelle Rocca’s daughter with her late ex-fiance Cathal Ryan.

Aibbe Rocca Morrison’s parents met for the first time in the summer of 1992 at a dinner party at the late Honorable Desmond Guinness’ home, Leixlip Castle. The co-host of the Eurovision Song Contest alongside Pat Kenny in 1988, Michelle and the legendary musician fell in love since then. The two took their wedding vows later in the mid-90s.

First, some years of marital life of Aibbe’s parents were fruitful. The former husband and wife lived a life of intense privacy. However, then and again, various issues related to their love life would burst forth into the media, revealing noticeable cracks in their relationship. As a result, Aibbe Rocca Morrison’s parents parted ways followed by a divorce in 2018.

After the official separation also, the ex-partners remained good friends and co-parented their children well. However, they always made sure to keep their young ones away from the limelight. Hence, there are no photos of Michelle Rocca’s daughter, Aibbe, and her brother available for the public for now.

The name Aibbe originated from a Hebrew name ‘Abbie’ which means father’s joy.