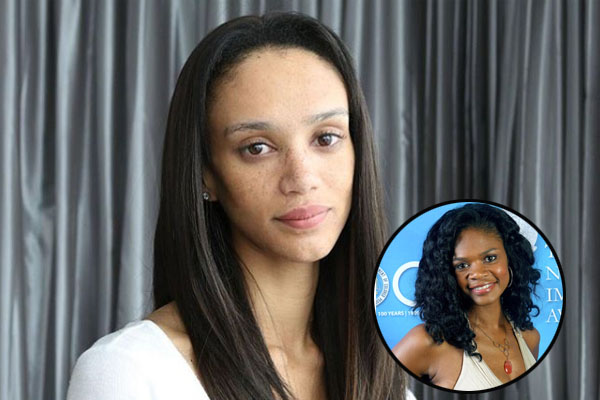 AjaBleu Oldham is Kimberly Elise’s daughter with her ex-husband, Maurice Oldham. She was born on 16th March 1990. The gorgeous AjaBleu is a beauty entrepreneur. She is the eldest child of the former couple whereas the younger one is Butterfly Rose Oldham. AjaBleu’s mum is an American film and television actress.

AjaBleu’s parents married in 1989 and had two beautiful daughters. But their happy married life came to an end in 2005. The couple divorced each other and parted their ways. Sadly, AjaBleu’s dad passed away in 2007 due to a massive blood clot. It has been over a decade since AjaBleu’s father passed away, and Kimberly has moved on with her life.

AjaBleu Oldham Is A Dog-Lover

Kimberly Elise’s daughter, Ajableu Oldham really adores dogs and has a soft corner inside her heart for them. Being a dog lover, she likes to do all exciting and fun stuff with her dog, Miles. Doggies cheer AjaBleu’s life with joy and happiness for sure.

Going through her Instagram, maybe like half of her posts are photos of her pet dog or other lovely dogs. If you are also a dog lover, then her Instagram posts won’t disappoint you. Just like AjaBleu, her sister Butterfly also loves animals especially cats and dogs. Both beautiful sisters love to pet animals.

To talk about AjaBleu’s love and relationship stuff, she is still single and maybe waiting for the right guy. Well, it’s a piece of good news for people who love the gorgeous AjaBleu!!

But she has a guy best friend, Ryan Leon and is very close to him. They have even posted each other’s photos on their Instagram. It looks like AjaBleu is very close with her guy friend.

Aja is an Indian name whose meaning is goat and Bleu is originated from the French language, and it refers to blue color.