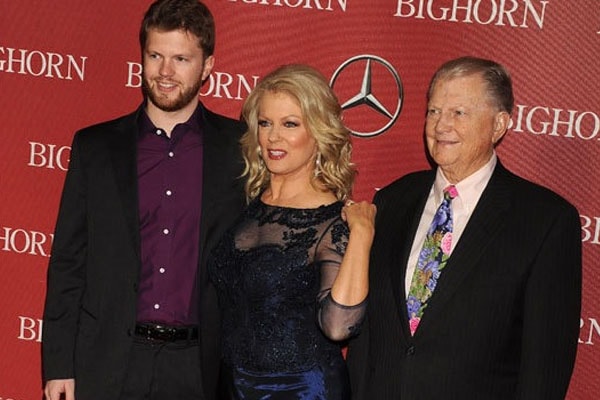 The American television personality Mary Hart‘s son Alec Jay Sugarman was born on the 24th of December, 1991. Mary had her son with her husband Burt Sugarman.

Alec Jay Sugarman is the only child of Mary Hart and Burt Sugarman. The 27-year-old Alec Jay is not as famous as his celebrity parents and has chosen a different career unlike them.  He attended Harvard-Westlake School and got his Bachelor of Arts degree from Stanford University.

As stated earlier, Alec Jay Sugerman aka A. J. Sugerman chose not to follow in the footsteps of his parents. Currently, Alec is working as a Legislative Analyst at Office of Management and Budget. Over the years, Alec Jay has worked in different institutions including RAND Corporation, House Committee on Armed Services, US Department of Defense, and also U.S House of Representatives.

As far as it goes, we can see that Alec has been doing incredibly well in his job and is good at what he does. As for his accolades, he had won the University Firestone Medal for his thesis. Now let’s hope Alec will keep his ongoing pace and make his parents even more proud.

The only son of Mary Hart, Alec Jay doesn’t seem to be very much active on any social media platforms. Because of his privacy, we assume that Alec Jay is possibly single and hasn’t been in any relationships yet. Alec Jay Sugerman has got a very lovely bond with parents and makes rare appearances with them in the media. He at times attends different events and award functions alongside his parents.

The name Alec has a Scottish origin, and it is the short form of Alexander which means a helper or defender of mankind.

And as for the meaning of the name Jay, it is derived from the Latin word Gaius which means to rejoice.