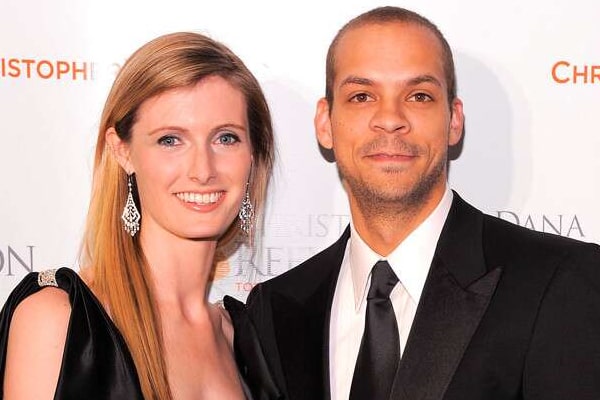 Christopher Reeve was an American actor, writer, and director who is best known for playing D.C. comic book superhero, Superman. The legendary actor served the entertainment industry for several decades. Furthermore, he left three children to live his legacy with his wife, Dana Reeve, and ex-partner, Gae Exton.

The former couple, Christopher and Dana, were married for twelve years from April 11, 1992, to10 October 2004. The pair truly lived up to their wedding vows ’till death do us apart.’ However, director Christopher welcomed two babies with his ex-partner, Gae Exton, Matthew Reeve, and Alexandra Reeve.

Today, we will be talking about Gae and Christopher Reeve’s daughter, Alexandra Reeve. Get ready for the insane ride into Alexandra’s life from here on!

Alexandra Reeve Is A Treasure Trove Of Experience

Christopher Reeve’s daughter, Alexandra Reeve, is a wonder woman. The talented young lady is a treasure trove of experiences and is a very diligent worker.

Alexandra Reeve is the CEO and President of the Center of Democracy & Technology since May 2020. The company believes in the power of the internet and is facilitating entrepreneurial endeavors while providing access to new markets and opportunities, etc.

Furthermore, director Christopher Reeve’s baby girl is also serving as Board of Directors for Christopher and Dana Reeve Foundation since 2006. The foundation is dedicated to curing the spinal cord injury by improving the quality of life for families impacted by paralysis.

Similarly, Alexandra previously served as executive director for Georgetown University Law Center for three years from 2016 to 2020. Likewise, she was a policy advisor for Elizabeth Warren for three months, and many other work experiences that have shaped Alexandra, the person she is today.

Christopher Reeve’s Daughter Alexandra Was Very Close To Him

Parents share a special connection with their children, and so did Alexandra Reeve and the legendary performer, Christopher Reeves. Born in December 1983 in London to Christopher and his former partner Gae, Alexandra shares several special moments with papa Reeve.

Alexandra fondly remembers her memories with her father and almost considered following Christopher’s acting footsteps. However, her heart turned and fell in love with the law, and the rest is history.

Christopher Reeve’s kid, Alexandra, was only 11 years old when the superstar had a horse accident that changed Dana and her brother’s and sisters’ lives ultimately. Furthermore, Alexandra recalls her father researching by reading medical journals and how she and her brother had to hold them up for hours and eventually got a music stand to hold them.

Christopher Reeve’s accident and his will to make a difference in his and others’ life started the Reeve Foundation, where she serves as a board of directors. Although Alexandra’s father and stepmother passed away early, she remained determined and worked hard to achieve her goals.

Married to Garren Givens Since 2008

Christopher Reeve’s only daughter, Alexandra, is not only a successful lawyer but is a loving wife as well. She is married to an experienced entrepreneur, Garren Givens since September 6, 2008.

Alexandra Reeve’s husband, Garren, is the co-founder of Forty Pixels and the CEO of Local Tables. Furthermore, he also served as Executive Director of the Presidential Innovation Fellows Program under President Obama.

Both Alexandra and Garren graduated from Yale University in History and Finance Marketing/ Architecture, respectively. That being said, the intellectual couple met during their time in University and got married eventually.

The duo has been married for twelve years and still share the same passion now.

Alexandra Reeve Named Her Son After Her Father

Every married couple is excited to welcome an additional member of the family. Similar emotions were of Alexandra Reeve Givens and her partner, Garren Givens.

The couple welcomed their first baby on June 13, 2015, in Washington, D.C. Alexandra birthed her baby boy, Christopher Russel Reeve Givens, at the age of 31.

Congrats to Alexandra Reeve Givens on the birth of her son Christopher Russel! He is already rocking #TeamReeve gear. http://t.co/2RrHpsU4tW

Furthermore, according to the People, Garren and Alexandra Reeve’s son was named after his grandfather on each side.

The name Alexandra is of English origin, which means defender of mankind.