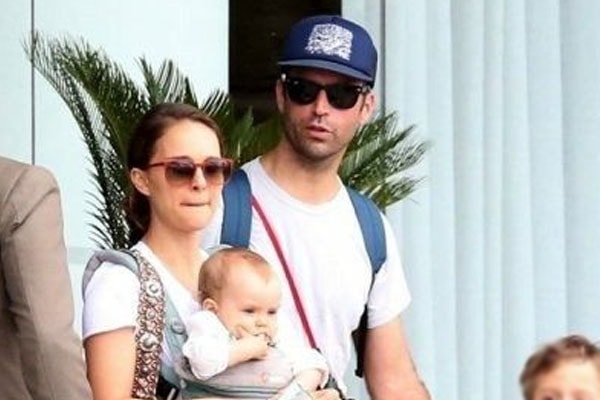 Amalia Millepied, Natalie Portman‘s daughter was born on 22nd of February 2017 in Los Angeles, CA. She had Amalia together with her husband Benjamin Millepied. Amalia’s parents Natalie and Benjamin tied their wedding knot in a Jewish ceremony on 4th of August 2012 in Big Sur, California.

Amalia Millepied is mostly known as a celebrity kid and she is very young to set the footprints on her own. Baby Amalia also has an elder sibling named Aleph Millepied who is 6 years older than her.

Amalia Millepied Is The Youngest Child In Her Family

The cute Amalia is the youngest member of her family. She is the daughter of very talented Natalie Portman who has won Golden Globe Awards twice and is famous for her starring role in MCU movies as Jane Foster in Thor and Thor: The Dark World.

Not only that but Amalia’s father, Benjamin Millepied is also a famous celebrity who is a professional dancer and choreographer originally from France. Currently, Millepied’s family resides in Los Angeles, CA. The small and adorable family also has an elder son Aleph who was born on 14th of June 2011.

It was rumored that Amalia’s parents met while working on the set of Black Swan after Benjamin was hired to choreograph the film’s ballet performances.

Amalia Enjoys Her Time Being With Her Parents

It is quite obvious that every child wants to spend most of their time being with their parents. Just like that, the  2-years -old Amalia seems to enjoy around her parents. Being popular as a famous celebrity’s kid, different paparazzi often try to click her images.

Academy Award winner, Natalie seems too media conscious for her daughter Amalia and doesn’t involve her in any sort of media limelight.

Amalia is a girl’s name of Germanic origin which gives the meaning as a “work, activity, or labor“.