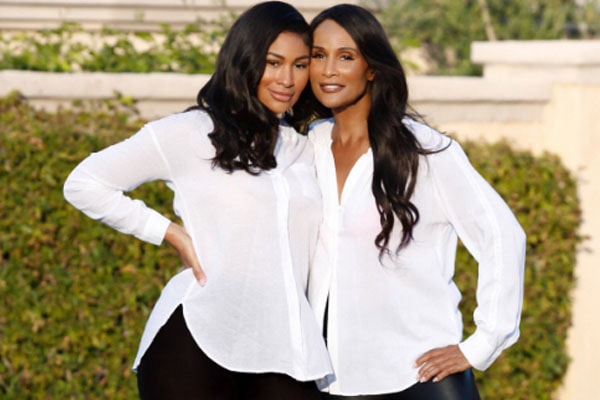 The American supermodel Beverly Johnson‘s daughter Anansa Sims was born on the 27th of December, 1978 at New York City, New York, USA. Anansa is the only child of Beverly whom she had with her late ex-husband Danny Sims.

The beautiful Anansa Sims is also into modeling like her glamorous mother. Amansa is a plus-size model. She married David Patterson on the 10th of July, 2010 and later on got divorced in 2017. Amansa shares three lovely children, a daughter named Ava Brielle Patterson and two sons named David Bernard Patterson III and Dean Danny Benjamin Patterson with her ex-husband David Patterson,

As stated earlier, Beverly Johnson’s daughter Anansa Sims is a proud mother of three lovely children. She had all of them with her former husband, David. Anansa had her first child at the age of 33. She gave birth to her eldest child, Ava Brielle Patterson on the 6th of July, 2011. Then just after a year, Anansa welcomed her second baby, David Bernard Patterson III on the 6th of November, 2012. And lastly, her third child with ex-beau David was Dean Danny Benjamin Patterson, who arrived into this world on the 20th of June, 2014.

At the moment, Anansa is expecting her fourth child with Matt Barnes, a retired NBA player. So we can be getting the news of the arrival of Amansa Sims’newest addition to her children.

The plus-size model Anansa Sims seems still very close with her mother, Beverly Johnson. In the past, the mother-daughter duo could be spotted attending different events. And even today, the love between them seems to be perfectly fit.

The origin of the name Anansa is unknown, but many sources suggest to us that Anansa means “Thanks.”