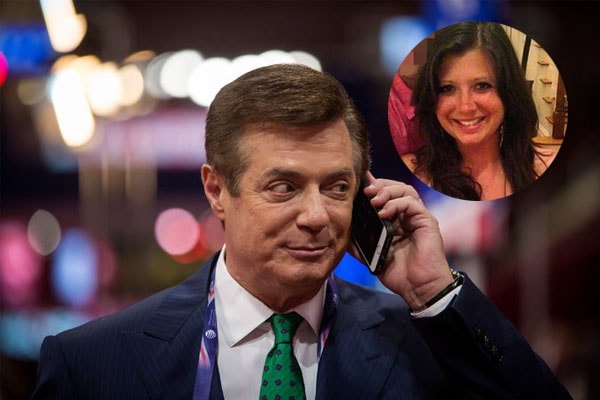 Paul Manafort‘s daughter Andrea Manafort is a lawyer and was born in 1987. Paul had her with his wife Kathleen Manafort who is an American attorney and real estate, businesswoman. While Andrea’s father is an American lobbyist, political consultant, and former attorney.

The 31-years-old Andrea Manafort tied the wedding knot with her husband Christopher Shand on the 24th of May 2015. Besides, she also has an elder sister named Jessica Manafort who is a director, screenwriter, and producer.

Andrea Manafort Is Into Law Enforcement

Paul Manafort’s daughter Andrea Manafort is an American lawyer and an Associate General Counsel at Fort L.P. in Washington, D.C. since October 2016. She has also worked as a public relations assistant for DKC and a legal intern for ASCAP in New York.

Andrea received her Bachelor’s degree(in Dean’s list) in public relations, advertising and applied communications from the University of South Carolina – Columbia in 2007. Also, she received her law degree from Georgetown, where she was also an editor for the Georgetown International Environmental Law Review.

The whole world knows about the infamous Paul’s scandal. According to The New York Times, Manafort consulting firm had received more than $17 million over two years from a Ukrainian political party. Paul also gave millions of dollars to his two daughters, one of whom, Andrea, according to text messages posted last year on a website used by Ukrainian hackers.

The nasty message of 2015 was quite mysterious as Andrea wrote to her sister referring to Ukraine protesters’ deaths which says:

“Do not fool yourself. The money we have is blood money.”

Some sources still claim that the father and daughter have bought properties worth millions. Nevertheless, it also says that Manafort and Trump alliance is the most dangerous friendship in America.

As mentioned earlier, in May 2015, Andrea was married to Christopher Shand, an HR manager for a restaurant chain, in Washington D.C.’s St Regis hotel. Wedding Style Magazine covered the wedding at the St. Regis in Washington D.C.

Andrea had a crush on her husband Christopher since the first time she met him. He was acting in a film that Andrea’s sister wrote and directed and it was at the movie’s premiere where they were introduced. Shortly after Christopher proposed to Andrea on the occasion of her birthday, the romantic couple is together ever since.

Andrea is a girl’s name which means “courageous“.