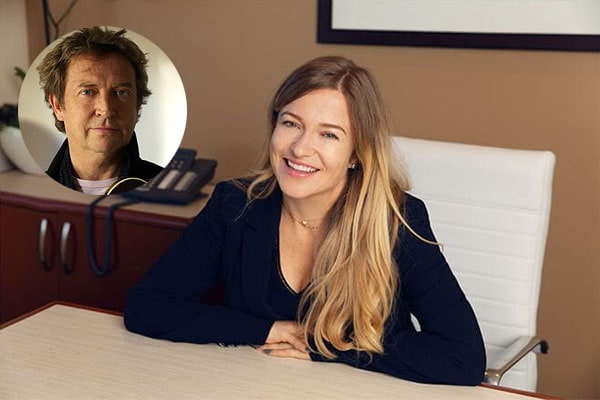 Andy Summers is an English singer and guitarist. Along with that, he is also an actor. He exchanged vows with his wife Kate Summers in 1973. However, the couple separated in 1981, but within four years, they settled their disputes and remarried in 1985 and have been together since then. The couple shares three children, a daughter, and two sons.

Andy Summers’ daughter Layla Summers was born on November 19, 1978, in London, England. She was given the name Layla Zoe Summers at birth. She has twin brothers, Maurice X. Summers and Anton Y. Summers.

Besides, Layla Summers’ career as an actress started in 1988 as Nadia Denby in Mr. North. Since then, she has not appeared in any movie or TV show. She has disappeared from the limelight, so today, let’s get to know more about the only daughter of Andy Summers.

Life Outside The Limelight

In an era when every child follows the footstep of their parents, Andy Summers’ daughter Layla made her own path. A path that took her to America far away from homeland and loved ones. She wanted to become a lawyer, and for that, she made the sacrifice of leaving her father’s shadow. She then went to Whittier College School of Law, Los Angeles, California, where she completed her law study.

Moreover, Layla worked as an executive editor for the Journal for Child and Family Advocacy. Later on, she went to work for the Sexual Assault Unit of the Orange County District Attorney’s Office.

Kate Summers’ daughter Layla Summers is a lawyer. She has her own office named Law Office Of Layla Summers. Information regarding her practice areas and anything related to child custody can be found on her official website.

Moreover, Layla practices on the idea of finding unique solutions for every family problem. As mentioned on her website, she understands the pressure people are under when going through a divorce, trying to maintain time with their kids, or dealing with an abusive relationship.

Plus, before becoming an attorney, she worked as a rape and domestic violence crisis counselor. Layla also served as an advocate in the Orange County District Attorney’s Office, working on behalf of children who were sexually abused.

Furthermore, in her legal practice, Layla is especially dedicated to assisting with issues of child custody.

Andy Summers’ daughter Layla Summers was last spotted with her family during her father’s documentary premiere. She was seen with her two brothers, father, and mother, Kate. It was the premiere of Can’t Stand Losing You: Surviving The Police.

The short movie was based on the memoir by guitarist Andy Summers, and it showed the rise of The Police. It also showed the mindblowing adventure from the chances of an encounter with Copeland and Sting to the breaking of the band and their memorable reunion.