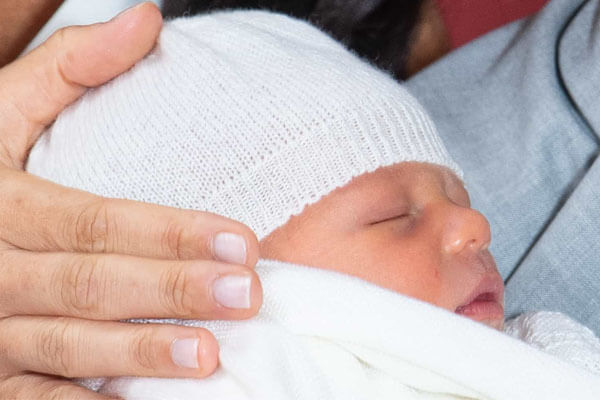 Meghan Markle and Prince Harry welcomed their son, Archie Harrison Mountbatten-Windsor, on May 6, 2019. He is the first child of Prince Harry, Duke of Sussex and Meghan, Duchess of Sussex.

Archie Harrison’s great-grandmother is Queen Elizabeth II of England, while this grandmother is the late Princess Diana. We bet that Diana would have been delighted if only she were alive to see her grandson Archie Harrison. Archie’s mother Meghan was previously married to her ex-husband Trevor Engelson who is currently engaged to his fiance Tracey Kurland.

In the age of the internet, people get news to their fingertips in seconds. After the story of the birth of Meghan Markle’s son was announced there were tons of people congratulating the royal couple. Prince Harry’s son Archie Harrison is one fortunate kid to have been born in the royal family.

The Duke and Duchess of Sussex in pictures earlier today with their newborn son at Windsor Castle. The baby has been named Archie Harrison Mountbatten-Windsor. pic.twitter.com/WtDH6oD3kn

Rare and candid pictures of royal baby Archie spread like wildfire on Instagram, Twitter, and Facebook. His adorable cries and cute eyes are sure to stun many souls. The Royal Family surely have plans for Archie Harrison to make him a good-mannered 21st-century royal baby.

Meghan Markle’s son Archie Harrison Mountbatten-Windsor, the great-grandchild of Queen Elizabeth II, is seventh in the succession line of the Royal throne. Archie has to wait quite a while before he sits on the British throne. Likewise, Archie Harrison is also heir apparent to his father’s title as Duke of Sussex.

Mountbatten-Windsor was also said to be titled the Earl of Dumbarton. However, his parents Harry and Meghan have decided against giving him the title, which came as a surprise. Instead, Archie Harrison Mountbatten-Windsor will be reportedly known as “Master Archie.”

Archie is the nickname for Archibald, which means “genuine” and “bold”. Harrison is an English surname, meaning “son of Harry”. Mountbatten refers to the royal dynasty originating in the Battenberg family of Germany. Windsor is included in Archie’s name because his parents debuted him to the public for the first time in Windsor Castle.