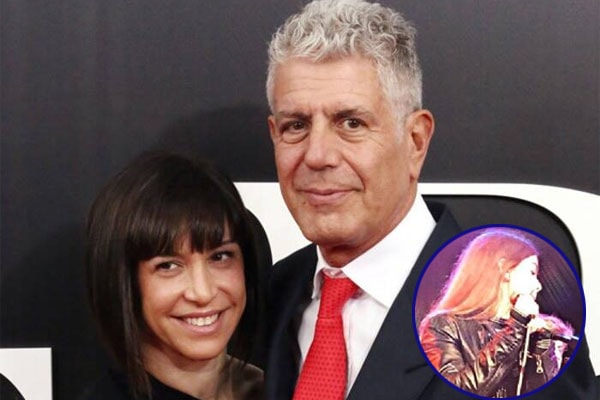 The American chef and author, Late Anthony Bourdain‘s daughter Ariane Bourdain was born on November 28, 2007, to his second wife, Ottavia Busia. Sadly, Anthony passed away on June 8, 2018, apparently committing suicide. Ariane’s mom, Ottavia is a mixed martial artist who is twenty-two years younger than her husband.

Late Anthony and Busia got married in the year, 2007 but they decided to split in 2016. But according to some source, it was reported that their divorce wasn’t finalized.

Ariane Bourdain Liked To Spend Time With Her Father

The cute Ariane was just 11 years old when her father died. During her dad’s death, she was very concerned about how outsiders are going to react to his iconic status. Even though we have no idea how she went through her parent’s separation, but while studying her, we came to know that she loves her daddy dearly. Together, they had shared many special moments as they often visited different restaurants and beach. During leisure hours, Ariane used to put lotion on her dad’s hair. Going through Ottavia’s Instagram, we also found Late Anthony making the Dream Barbie Home for his daughter. It looks like the father-daughter shared quality time with each other.

During some beautiful day, her dad, Anthony used to make different dishes for her and mom at home. Certainly, Ariane must have learned a lot about cooking from her dad. Besides, she also learns martial arts from her mother. In 2016, she changed her grey belt to yellow belt in martial art. She seems to be a talented girl.

Since Ariane is the only daughter of late Anthony, her dad left her a bulk amount of his assets after his death. We have no idea how she reacted with his will, but according to some sources, it was revealed that it was kept under somebody’s care as she is young now. When Ariane grows up, she definitely will have no financial problem.

Everyone around the world was sad about Anthony’s death, let alone his family. However, the way Ariane paid tribute to his death was so touching that she filled everyone’s eyes with tears. Probably, no one could have ever imagined that such a young girl could come up on the stage and perform, shortly after her dad’s death. Well, she did it. Ariane is undoubtedly a brave girl.

Right after, her mom snapped the picture of her and posted it in her Instagram, giving the message to her late husband that their daughter is doing great and she had worn the boots he bought for her. Besides martial arts, Late Anthony Bourdain’s daughter, Ariane also seems to be interested in music. We can’t wait for this talented kid to grow up and rock the world.

The name Ariane is the French name which means very holy.