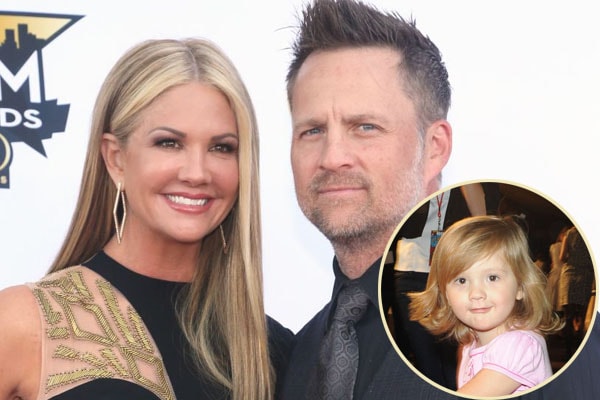 The entertainment journalist Nancy O’Dell’s daughter Ashby Grace Zubulevich was born on the 11th of June 2007 in Los Angeles. During the time of the birth, the little Ashby weighed 7 pounds, 9 ounces. Nancy had her only child Ashby with her ex-husband Keith Zubulevich.

Ashby Grace Zubulevich has got two half elder-brothers from her father’s side Tyler Zubulevich and Carson Zubulevich. Tyler and Carson are Keith Zubulevich’s children from his previous wife.

Nancy O’Dell also falls under the list of celebrities who tend to keep their children away from the media limelight. And since her divorce with her ex-husband Keith, Nancy hasn’t been seen out in the public with her daughter a lot. As in the past, Ashby Grace Zubulevich along with her parents visited different places and it seemed like Ashby loved spending time with them.

Alongside not being seen in the public, the 52-year-old mother Nancy doesn’t even upload photos of her daughter Ashby on her social media handles. Well once while interviewing actor Paul Rudd, Nancy stated that her 11-year-old daughter Ashby Grace Zubulevich is a big fan of his and the movie Ant-Man.

The cute daughter of Nancy O’Dell has got a lovely bond with her mama. According to Nancy O’Dell’s ex-husband Keith Zubchevich, when Ashby was small, Nancy knew whether she had to be fed or change her diapers. Plus Nancy even left pizza some time to breastfeed her little one. And further, Nancy constantly used to check o her daughter at night and stated that it was the love like she has never felt before.

And we bet Nancy O’Dell goes along with her two elder-half brothers.

We wonder if the cute Ashby Grace Zubulevich will follow the footsteps of her TV host mother, or create her own path.

Ashby is an English baby name which means From the ash tree farm.

As for the name Grace, it is being derived from the Latin word ‘gratia‘ which means God’s favour.