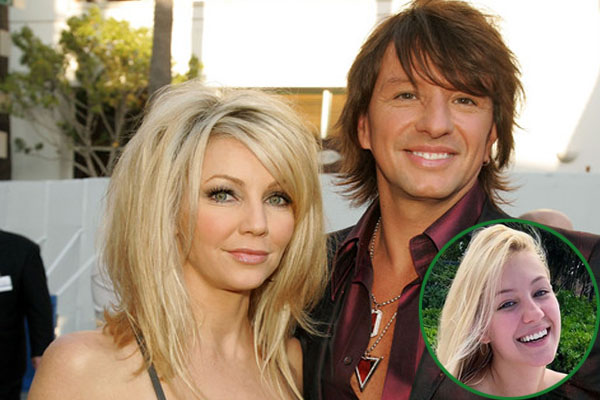 The American actress, Heather Locklear‘s daughter Ava Elizabeth Sambora was born on October 4, 1997. She was the only daughter of Heather who she had with her ex-husband, Richie Sambora.

Ava Elizabeth’s parents, Heather and Richie filed for divorce in February 2006. The couple also filed joint custody of their daughter, and finally, after a year, their divorce was finalized. The couple decided to co-parent their child. And once, Ava set off to Hawaii with her dad for a vacation.

Ava Elizabeth Is Heartbroken By Her Mom’s Violent Act

Ava Elizabeth seems to be helpless over her mother’s mental stage. Since her mother, Heather got divorced with Richie Sambora, things totally turned upside down in her life. She fell into depression and anxiety which ultimately led her to use drugs. She was even checked to hospital and psychiatrist, but that didn’t help her.

To make the matter worse, last year in 2018, Ava Elizabeth Sambora’s mother, Heather was arrested for domestic violence and battery against the police officers. She has also been arrested a few times before. Despite the fact, Ava still loves her mom. On her mother’s 57th birthday, she had shared a memorable picture of them together stating my gorgeous mama.

At present, it was reported that the actress, Heather is placed under a psychiatric hold. Ava is concerned and sad about her mother’s mental stage. Last year in 2018, Ava spent her Thanksgiving weekend with her dad, Richie Sambora. She also went for a private dinner in Los Angeles. It looks like Richie wants to make sure that he was there for her.

Despite these painful truths about her mother, Ava Elizabeth is portrayed as a happy and beautiful girl. Even though she has gone through so much, she doesn’t keep her days as depressed as her mother. While going through her Instagram, we found out her often with a new sister whom she regards as her other half. They are like best friends forever. Ava has also shared a beautiful picture of her during the Coachella festival.

Despite being known as a celebrity daughter, in some years, Ava will be known as Hollywood actress herself. In 2012, she played the role of “Sadie” in the movie, This is 40. She is also planning to make her acting debut in Judd Apatow’s Universal feature film. Besides, she has also been a model for her father’s clothing line.

Ava is from the Latin words “avis” which means birds. The name Elizabeth is from the ancient Greek meaning “My God is an oath”.