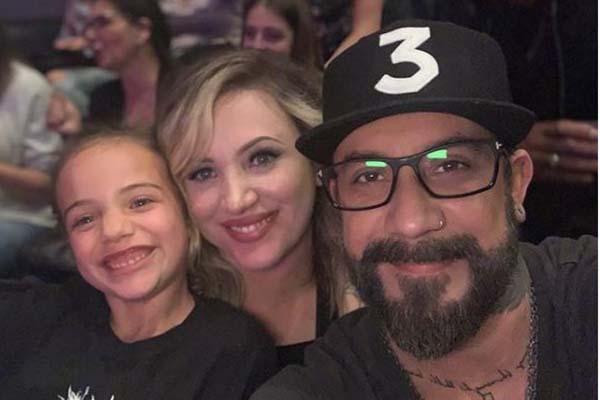 The American singer and actor A.J. McLean‘s daughter Ava Jaymes McLean was born on November 17, 2012. Ava Jaymes is the first child of the Backstreet Boys singer together with wife Rochelle DeAnna McLean. The couple has been in a married relationship since their wedding on December 17, 2011.

Ava Jaymes McLean is the eldest child among A.J. McLean’s two children. The young and beautiful Ava has a sibling sister, Lyric Dean McLean, who was born on March 19, 2017. Ava lives with her parents and other members of her family in Orlando, Florida, USA.

The beautiful Ava Jaymes is the eldest of A.J. McLean’s kids, but she is already getting cuter by the day. A.J. McLean has successfully passed down his good looks and charm to both of his young daughters, Ava and Lyric.

The pretty Ava Jaymes often appears in her father and mother’s Instagram accounts. Pictures of her are stealing the hearts of millions of fans of her parents. Ava also probably got the beauty of her mother Rochelle passed down. A.J. McLean’s daughter Ava Jaymes is the receiving great social media exposure at the moment. Her mom and dad post her cute and candid moments on their Facebook and Instagram. Further, the celebrity child also celebrates her birthday with her father A.J McLean.

However, Ava’s younger sister Lyric has not received much attention from the public as Ava. Maybe it’s because she is still young. Surely, Ava is her daddy’s girl and feels blessed to be born to a pair of loving parents. Who knows, in the future, Ava might try her hand at singing like her famous father, who is a “Backstreet Boy.”

Ava derives from the Latin word “avis,” meaning “bird.” Jaymes is an English name for babies, which means “supplanter.”