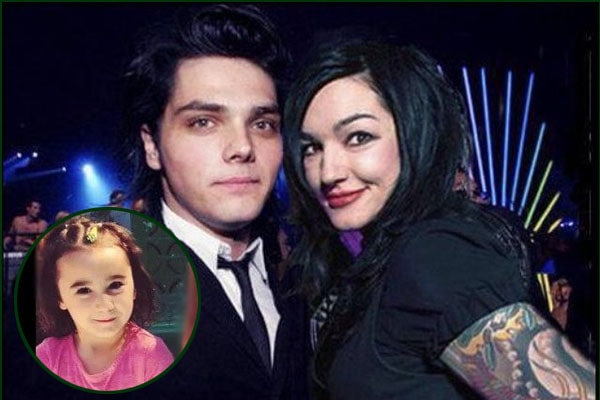 The only child of famous musician, Bandit Lee Way was born on May 27, 2009. Image Source: Pinterest.

Gerard Way‘s daughter Bandit Lee Way was born on the 27th of May 2009 in Los Angeles, CA. Gerard had Bandit together with his wife Lyn-Z. Bandit Lee Way’s parents tied the wedding knot back in September of the year 2007. The adorable couple is together ever since.

Bandit Lee Way aka Lady B and Baby Way has no siblings as of 2019.

Is Born In The Family Of Musicians

Absolutely cute Bandit Lee Way is born in the musician family. Her parents, Gerard and Lyn-Z, are successful musicians. Bandit’s father Gerard Way is a singer for the popular band My Chemical Romance, and Lyn-Z, the bassist for the punk band, Mindless Self Indulgence, is surely a hit pair. Also, Lindsey is a visual artist and creates amazing visual content.

Both very popular musicians have a huge fan base and they were excited during the arrival of their first child. Despite achieving the status of a popular celebrity, Bandit’s parents decided to shield her from the public and media limelight. There are very few public appearances of Bandit since her early years. Many fans and paparazzi even try clicking photographs of her in order to have a glimpse of her.

Is The Only Child Of Her Parents

Bandit Lee Way’s parents decided to create a faux Twitter handle for her probably to document her experiences as well. Her Twitter account was created in June 2010 and has 744 followers as of November 2019.

Bandit is a universal name of American origin meaning “a robber, thief, or an outlaw.” Whereas her middle name Lee is derived from an English surname meaning “clearing; meadow.”