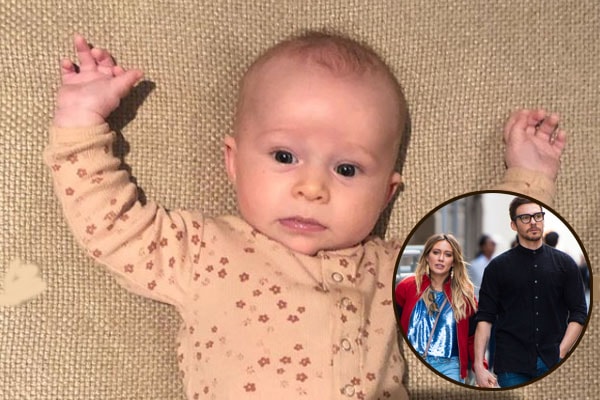 Disney star Hilary Duff welcomed her daughter Banks Violet Bair on October 25, 2018. Banks is her first child together with boyfriend Matthew Koma. The American actress Hilary has a son with her former husband, Mike Comrie.

Both Hilary and Matthew shared the good news with the public through an Instagram post. The famous actress Hilary quoted a caption saying that their daughter has fully stolen their hearts. Similarly, Matthew also posted the same adorable family picture with caption writing that they welcomed their daughter and they could not possibly be more grateful for their growing family. Not only theirs but the little baby girl has stolen all the fans hearts!

Hilary Duff’s daughter Banks Violet Bair was born after a year of her parents dating each other. This is the couple’s third time dating. They were in an on-and-off relationship. The arrival of their daughter has proved that they are back together with a stronger bonding than before and with more love for each other.

A Cinderella Story star Hilary Duff has a 6-year-old son Luca Cruz Comrie with her former husband, Mike Comrie. She had him back in March of 2012. We can assume from the pictures that this little brother seems to be so in love with his baby sister. No wonder he will be the best playmate and good brother to Banks.

Almost all of Hilary’s posts on Instagram are about her son Luca. Though she has already posted numerous pictures of her daughter Banks as well, all we have to do is wait patiently to see more of these adorable kid’s pictures.

The pictures that both Hilary and her boyfriend Matthew have posted on Instagram portrays their immense love for their children. Unlike other celebrities, they don’t seem to have a problem with their children’s privacy.  We can find their Instagram account full of their children’s pictures, and each of them is irresistibly cute. They are open about their personal life and the activities they do.

The origin of the name Banks is English which means the edge of the river. Likewise, Violet is derived from French word Violette which was later used to name a color.