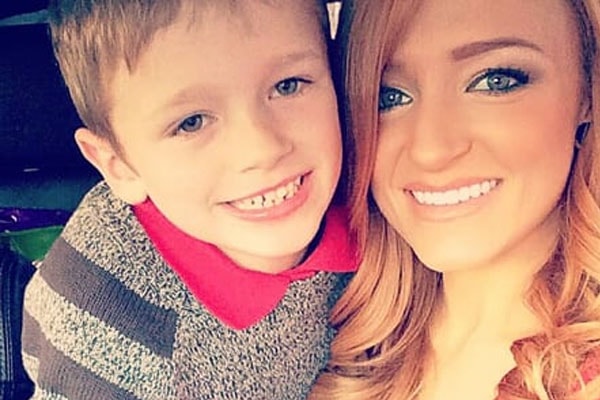 Bentley Cadence Edwards, Maci Bookout‘s son together with her baby father Ryan Edwards was born on 27th of October 2008. Bentley is best known for his appearances on the show of MTV titled 16 & Pregnant. Not only that but he was the first baby born in the very show.

Bentley’s parents, Maci Bookout and Ryan Edwards are one of the fan-favorite reality TV stars. Just after Bentley’s birth, Maci and Ryan’s relationship became strained and they ended their relationship. Bentley also has got two half-siblings, Jayde Carter McKinney and Maverick Reed McKinney.

Bentley Cadence Edwards Is An Athlete In The Making

Maci Bookout’s son Bentley is a very athletic child. Passion for sports at a very young age is one of his few active characteristics that Bentley possesses. He is seen playing various sports including baseball, rugby, and many more. Bentley has also won over 31 total games over the course of the season finishing as Gold Bracket CHAMPS in 2 tournaments. Not only that but, he is also seen attending various sports’ events.

Bentley’s mother was just 16 years old when she had him. His father Ryan partially raised him. His mother’s now ex, Kyle King also raised him.

Bentley Has Already Got Over 100K Followers In Instagram

It is not a usual thing for an 11 years old kid to have almost 200K followers on Instagram. Nevertheless, Bentley already has got an outstanding number of 187K followers as of September 2019. However, his Instagram account is handled and managed by his parents.

There is without a doubt that Bentley has a huge popularity index at a very young age. Besides, Instagram he is also featured mostly in his mother’s YouTube channel.

As Bentley looks like a kid with multiple talents, Maci Bookout’s son seems like a star in the making.