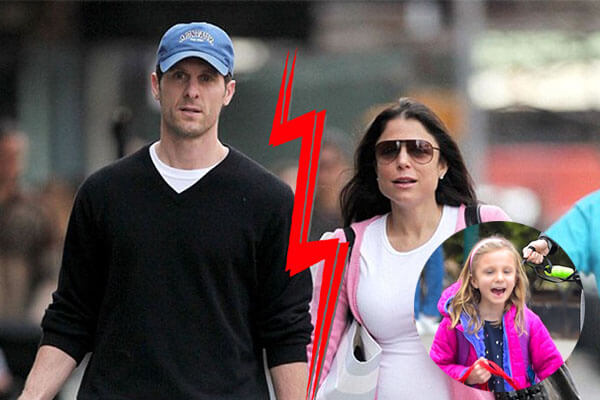 Jason Hoppy‘s daughter Bryn Hoppy is a sweet and fashionable pink-haired angel. Bryn was born on May 8, 2010, to Jason’s ex-wife, Bethenny Frankel. She is the couple’s first and the only child together. The ex-couple Jason and Bethenny tied the knot on March 28, 2010, and they divorced on 18 July 2016.

The relationship between Bryn Hoppy’s parents has been messy. The couple fought a nasty court battle over their daughter’s physical custody. As of now, Bryn Hoppy hops onto the school bus and enjoys her childhood life. The former spouse duo of Jason and Bethenny have reached an agreement to co-parent their wonderful daughter.

At a young age, Bryn Hoppy’s mother Bethenny was a significant influence on her. As such, she learned to follow the latest fashion trends and wear stylish dresses very early in life. Bethenny too revealed in an interview that her daughter’s fashion sense is “amazing.”

Likewise, the adorable Bryn is too little to have her social media accounts. Her mother Bethenny, however, does not miss the chance to share her beautiful daughter’s pictures all over her Instagram.

Maybe Bryn is planning to continue her mother’s legacy of being a talented fashionista. Bryn is undoubtedly getting creative with her wardrobe and even outdoing her mother when it comes to donning beautiful costumes.

When it comes to Bryn’s personal life, she is now being cared for and nurtured by both her parents. After their lengthy court battle, which reportedly lasted longer than their marriage, the couple has agreed to specific terms. The terms of the deal include co-parenting their only daughter turn by turn.

Well, her parents’ parenting arrangement is undoubtedly beneficial for Bryn. She spends equal time with both her father and mother. While Bethenny and her ex-husband might have fights over personal matters, they understand when it comes to their daughter’s happiness.