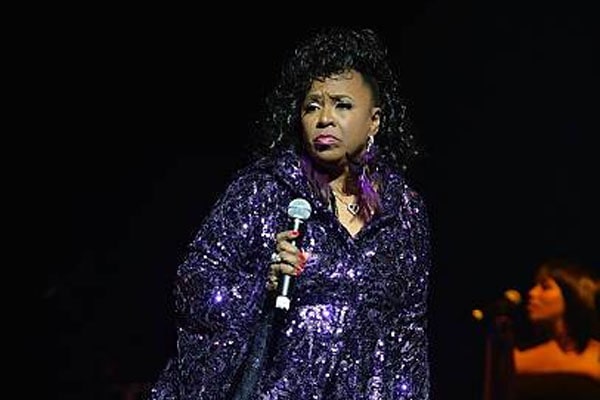 Betty Wright was an American R&B and soul singer and songwriter, well-known for singles such as ‘Tonight is the Night‘ and ‘Clean Up Woman.’ She rose to fame in the 1970s and became one of the greatest in the music industry. However, she passed away at the age of 66 on May 10, 2020, from cancer.

Well, going through her personal life, she was the mother of five children; two sons, Chaka Azuri, Patrick Parker, and three daughters, Patrice Parker, Aisha McCray, and Asha Wright. They are Betty’s children with their respective baby fathers. Many people don’t know much about them. So, let’s get straight down and know better about Betty Wright’s children.

Born in 1983, Betty Wright’s daughter, Patrice Parker, goes by her childhood nickname, Treecee Lee. The Miami native is a singer/songwriter and has a very unique way of southern soul. She joined various music programs during her school days and attended music camps when she was a student at the University of Miami. Patrice Parker’s net worth probably comprise income and earnings from her music career.

Some of Patrice Parker’s songs are Easy, So in Love Ruff 1, My Own, and Your Love. Her words, melodies, a soothing and soulful sound is perhaps building a platform in the music industry. She also has released over ten tracks in her SoundCloud account. Similarly, going through Patrice Parker’s Instagram, it looks like she got engaged with her handsome fiancé on Dec 26, 2019, and posted a photo of the expensive ring on Instagram. She is already the mother of her adorable children.

However, the sad news of her mom probably saddened her and was emotional. She must be missing her mom so much already. Our thoughts are with her and hope she can transform her grief into joy.

Patrick Parker Was Shot And Killed On Christmas Day

On Dec 25, 2005, Betty Wright’s son Patrick Parker got shot and killed when he was 21 years old. The accident took place at a holiday party in the Opa-Lake community in South Florida. According to Heavy, Parker got into a fight with two men, Niaji Brown and Derrick Bryant, at some point. After the fight was over, Parker lay dead across the street from the hall at 1101 Opa-Locka Blvd, where the party was happening.

During that time, Betty Wright was on a cruise in the West Indies. She immediately came back on a chartered helicopter after she knew about her son. Wright said,

“We were extremely close. I’m just going to reflect on his life, and through prayer, we’ll get through this.”

Wright dedicated her song ‘Dry Well‘ as a tribute to her late son Patrick Parker. The family losing their son and brother was very devastating. We hope that Patrick Parker and his mom, Betty will reunite in heaven. May both of them rest in peace.

Aisha McCray Is Also A Singer

Betty Wright’s daughter, Namphuyo Aisha McCray, is a singer from Miami, Florida, and is popular as ‘Bombshell.’ Some sources said that she displayed her talent in “The Miami Showcase of New Stars” at the age of 9. The show was probably the start of Bombshell’s legacy. Betty perhaps helped her daughter to sing very well and probably used to take young Aisha on her tours too.

Aisha McCray backed her mother on hit albums like ‘Mother Wit.’ Now, she is a veteran of the music business and some of her songs are Baby I love, Always, and Better. Aisha McCray’s list of credits counts from being a writer for The M.O.S.T( Miami Spice / Universal Music Group) to being a vocal coach for many music artists such as Miss Dade, Ciara Emanuel, and Adriana Arce.

Two of the children of the famous American R&B singer, Asha Wright, and Chaka Azuri seem to be living a subtle and low-key life. Although their two sisters chose to pursue a music career, they probably had no interest to step in the showbiz industry. Also, they have kept their personal life hidden under the covers.

Betty Wright’s demise was very traumatic for them too. It’s hard to farewell someone forever who is very close to you. Asha and Chaka must be missing her so badly and will always remember their lovely and beautiful mother all the time. \

May Betty Wright rest in peace!

Patrick Parker – According to Irish origin, the meaning of Patrick is ‘Patrician; noble.’

Aisha McCray – The name Aisha refers to ‘living, prosperous according to Arabic origin.’

Asha Wright – Asha means ‘hope or desire,’ and it came from the Sanskrit origin.