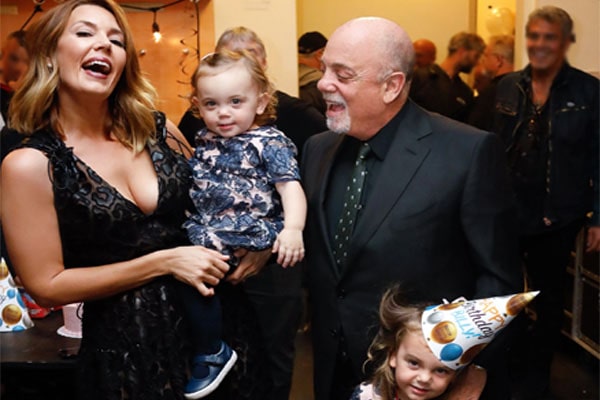 American singer-songwriter, Billy Joel has two children, both daughters, together with his loving wife Alexis Roderick. Billy Joel’s daughters are Della Rose Joel and Remy Anne Joel. The adorable couple tied the wedding knot in the year 2015 and have been together ever since.

Furthermore, the singer has also got an elder kid. Billy Joel’s eldest daughter is named Alexa Ray Joel, born on the 29th of December 1985. He had Alexa together with his ex-wife Christie Brinkley, a former supermodel. The former couple got married in the year 1985 and got divorced in 1994.

The absolutely adorable family of four celebrated Billy’s 70th birthday in a cheerful way. Although the birthday was days earlier they all shared moments backstage at his 64th sold-out show at Madison Square Garden.

Are Born In the Family Of Singers

Billy Joel’s daughters Della and Remy are born in the family of singers. Della and Remy’s father is an American singer, composer, songwriter, and pianist. The singer is also nicknamed as the Piano Man. Not only that but the eldest sister of Della and Remy, Alexa Ray Joel is also a singer-songwriter and a proud New Yorker. It is very obvious that Alexa went on to follow the footsteps of her father.

Joel’s youngest daughter Remy was born on the 22nd of October 2017. The Piano Man even wished his daughter’s first birthday on his personal website. While 4-years-old cute Della was born in 2015. As of now, the two daughters of Billy which he had with his wife Alexis are very young to kick off their career. Who knows, just like their father, Remy and Della might choose the singing path as their career in the coming days.