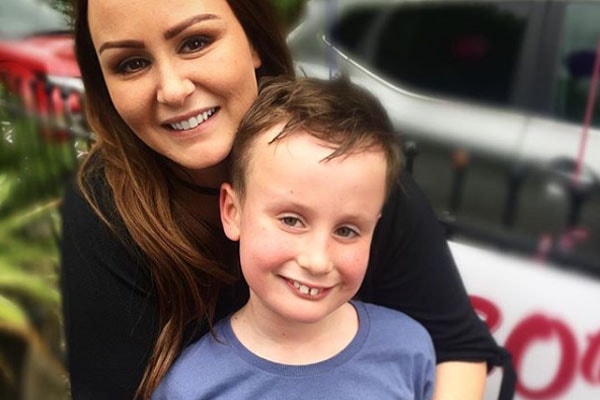 The “I Want It” singer Chanelle Hayes‘ son Blakely Hayes-Bates was born on the 20th of July 2010. Blakely Hayes Bates is the eldest son of Chanelle whom she had with her ex-boyfriend Matthew Bates.

Blakely is the only child between Chanelle and Matthew, though he has got a younger half-sibling named Frankie Edward Oates. Frankie Edward is Chanelle Hayes’ son with her ex-partner, Ryan Oates. There is an age difference of almost seven years between Blakely and his younger half-brother Frankie.

As Blakely Hayes-Bates is the firstborn of Chanelle, she was delighted to have him. When Chanelle Hayes was still pregnant, she had already split with her ex-beau Matthew and welcomed Blakely as a single mother. The former Big Brother contestant Chanelle keeps uploading photos of her son Blakely Hayes-Bateson her social media handle.

There is a special bond between Blakely and his mother, Chanelle. Blakely Hayes-Bates’ mother Chanelle had attempted suicide when she had a blazing row with Matthew. And when she recovered from the overdose, Chanelle was excited about Blakely.

Chanelle Hayes stated that when she was pregnant with Blakely, she was looking forward to motherhood, though Blakely’s father Matthew found it difficult to cope with fatherhood. Maybe that is the reason why the 8-year-old spends most of his time with his momma. And whenever they are together, the son-mother duo of Blakely and Chanelle tend to have a lot of fun-filled moments.

Well, not just his momma, the handsome Blakely is also very much close to his younger half-sibling Frankie Edward Oates. Chanelle also often posts pictures of the adorable brothers. This shows how much love and affection Blakely has got for Frankie.

We bet that Blakely looks after his brother Frankieproperly and fulfils all the duties of an elder brother.

Now let’s see what will the little Blakely does when he grows up, enter into entertainment industry like mother Chanelle, or try out in sports like his father, Matthew.

Blakely is an English baby name which means either from the light meadow or the dark meadow.