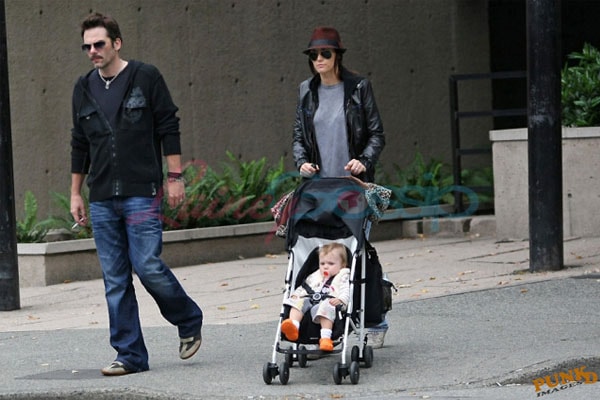 Billy Burke‘s daughter Bluesy LaRue Burke was born in 2008. Billy had Bluesy together with his ex-wife Pollyanna Rose. Bluesy’s parents, Billy and Pollyanna tied their wedding knot back on the 15th of June 2008. Unfortunately, things didn’t go well between the exes and the former couple got divorced in 2017.

Bluesy is the only daughter of her parents, hence she has no siblings as of 2019. Now let us glance at the profile of the child of Billy Burke, Bluesy LaRue Burke.

Bluesy LaRue Burke Is The Only Child Of Actor Billy

As mentioned above, the cute child, Bluesy is the only kid of the popular actor, Billy Burke. Billy and Pollyanna had her together back in 2008. However, Bluesy had to go through the difficulties of her parent’s divorce in 2017. But, she seems to have a very close relationship with her father. It is really mesmerizing to see the father-daughter duo’s strong bond together.

The Twilight actor, Billy Burke told in one of his interviews that he hopes his daughter to be like the movie character, Bella Swan. He explained:

“Bella’s got an old soul, and I think that I’m already recognizing in my kid. She’s 15 months old now, and so I now have a deeper and more realistic understanding of what it’s like to have a daughter in the world.”

Obviously, Bluesy is born into a family of actors. Her father and mother, both are extremely talented actors. There might be a possibility of Bluesy coming out as a successful actress in the coming days. As of now, she is possibly busy with her middle school.

Bluesy Seems Has Acted In A Movie

Well, it looks like the cute Bluesy LaRue Burke pretty much seems to get inspired by her father’s acting career. Following on her father’s footsteps, 11 years old, Bluesy landed on a role in the movie named Booksmart.

Bluesy LaRue Burke’s father Billy is an American actor, born in Everett, Washington, USA. The actor is best known for his role in the Twilight Saga Franchise. Besides that, he has also garnered appreciation for his extraordinary performance in the movies including Red Riding Hood, Lights Out, and Breaking In.

Bluesy is the name probably derived from the English expression, “the blue devils.” It provides the meaning of “a state of agitation or depression.”