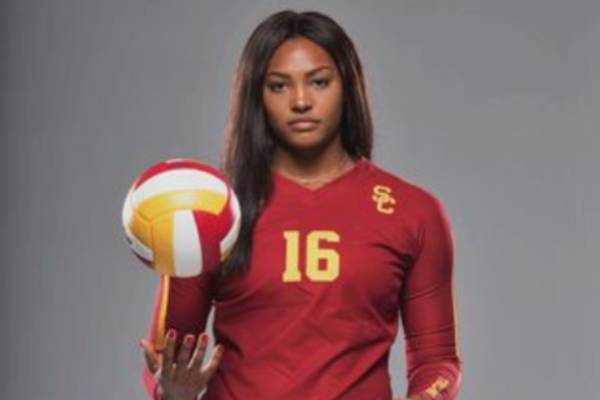 The renowned basketball elite Robert Jerry Lanier Jr., or Bob Lanier, was one of the most talented NBA players of the 70s and 80s. He had an impressive career where he accumulated both fame and fortune. Also, Lanier was the 2006 College Basketball Hall of Fame inductee. Unfortunately, the talented personality is no more with us.

Owing to his reputation in the league, Bob’s family members have also come into the limelight. Well, he was a loving partner and a doting dad. So, in today’s article, let’s get to know the late Bob Lanier’s daughter, Khalia Lanier.

Grew Up With Three Siblings

Khalia Lanier was born on 19 September 1998 to her parents, Bob and Rose Lanier. She has three siblings, including two brothers, Ravance Lanier and Kamal Lanier, and a sister, Kahori Lanier.

Khalia’s father, Bob, was married twice. His first marriage was with Shirley Lanier, whom he divorced in the early 1980s. Afterward, the late player married Rose and created a beautiful family.

Bob Lanier’s Daughter Is A Graduate Of USC

Khalia Lanier has obviously inherited the talent and love for sports from her legendary father. The late NBA player’s little girl has gained a lot of attention from the media for being one of the most promising volleyball players.

The 6′ 2″ tall sportswoman completed her formal education at the Xavier College Preparatory High School in 2016. During her high school days, she was highly involved in the volleyball team and successfully kept various awards under her belt. Furthermore, the young athlete was also a member of the National Honors Society and the National Latin Honors Society.

After completing her high school education, Bob Lanier’s daughter joined the University of South Carolina and graduated in 2020. She majored in human biology. In addition, Khalia continued her playing career throughout her college too. During her junior year, she played in 29 matches, appeared in 107 sets, and was chosen to the Pac-12 Preseason All-Conference Team.

The late player’s child also received AVCA All-America and Volleyball Magazine All-America Honorable mention. All in all, along with her various accomplishments, she had a successful college career. Furthermore, Khalia currently plays for Volley Bergamo.

Khalia’s parents raised her and her siblings in a loving household. Their dad must have always supported and encouraged them to do well. Sadly, the Lanier siblings lost their father on 10 May 2022 after a short illness.

Khalia Lanier’s father achieved great success in his career. He played with the Detroit Pistons and Milwaukee Bucks for fourteen years. In addition, NBA commissioner Adam Silver commented Bob’s accomplishments went far beyond what he did on the court.

Although Bob Lanier is no longer alive, he will continue to live within his fans and family’s memories. We wish the Lanier family strength to cope with this loss and hope Bob Lanier rests in peace.

Who Is Khalia Lanier’s Boyfriend?

Khalia’s career is at its peak, and she has worked very hard to reach there. Talking about her love life, she doesn’t seem to be dating anyone. Although she has an Instagram account, she has not posted anything since August 2020. So, it has become more challenging to know about Khalia Lanier’s boyfriend.

However, it is safe for us to say that she seems focused on her career. But even if Bob Lanier’s daughter is dating anyone, that person will surely be lucky.

Nevertheless, the late basketball player’s little girl is showing massive potential in the sports. Hopefully, she comes at ease and reveals more about her love life too. Let’s hope Khalia Lanier fulfills any dreams she has and achieves the life she always wanted.

The name Khalia has an Arabic origin meaning Immortal or Everlasting.