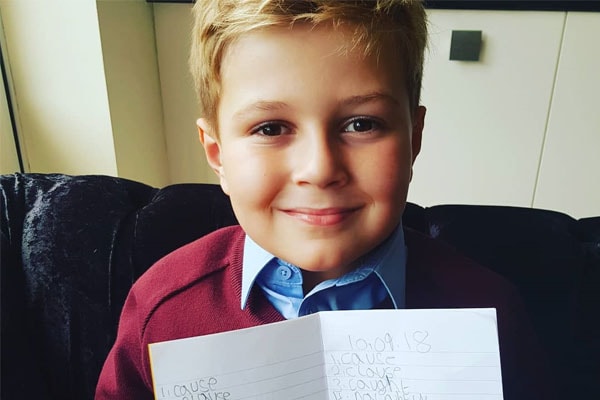 The blonde actress Jennifer Ellison’s son, Bobby Tickle, is the eldest son who was born on 4 February 2010. The adorable Bobby is the elder brother of Harry and young Charlie who were born on 9 July 2013 and 26 September 2014 respectively.

The proud parents, Jennifer and Robbie Tickle, started dating in May 2008 and exchanged the rings in October 2008. However, the lovebirds walked down the aisle a year after with the ceremony in Mauritius on October 2009.

Kids having a ball! @altontowers you never fail to amaze? pic.twitter.com/PzMYxQtW5o

The 35 years old actress who partnered alongside professional skater Dan Whiston on the ITV1 show found it tough to leave her then 23 months old Bobby. The young Bobby was “too young” to realise why mother Jennifer was not spending much time with him.

According to mother Jennifer, Bobby was too young to understand that she had to go to work and earn a living. Like every working mother, Jennifer felt the guilt of not being able to spend time with her little boy. Despite Skyping him every night, the guilt made her close to even quitting the show for her son. Moreover, Jennifer admits that it has a huge struggle to juggle all of her work commitments.

The eldest son of the family, Bobby, is a young active boy. The adorable little Bobby loves his siblings and is a dedicated and caring elder brother. Despite himself being a young boy, Bobby loves to take care of his brother and acts like an adult when his busy celebrity parents are not around.

A post shared by Jennifer Ellison OFFICIAL (@jenniferellisondancemumsuk) on Dec 8, 2018 at 2:59pm PST

The family of five love being together and frequently travel together. The lovely family has a mutual interest in fishing and swimming. The parents, Jennifer and Rob, love their children and share a strong and intense bond with their offsprings. Besides that, little Bobby is a smart kid and has been successful in achieving good grades