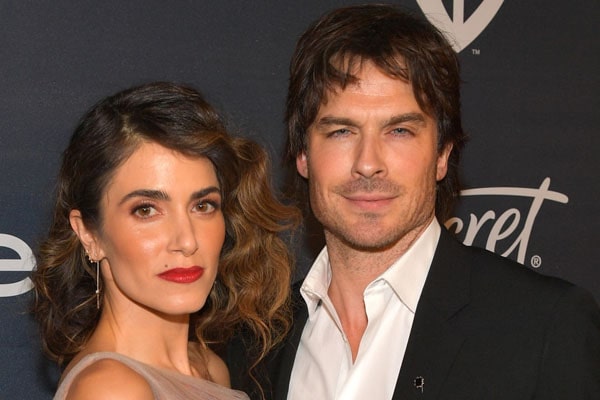 Love is a mesmerizing feeling that one has, a deep affection towards another person. They say a person in love doesn’t feel the pull of gravity, the only thing that holds you, keeps you intact to this world is the person you love. Ian Somerhalder and Nikki Reed are amongst those who found true love in life.

From the moment they met to the moment they started talking, they knew they were meant for one another. So, they started dating and soon shared vows, and now they enjoy each other’s company in a bond called marriage. The lovely couple welcomed their first child-daughter named Bodhi Soleil Reed Somerhalder in 2017.

From the day she knew she was pregnant, Bodhi’s mother Nikki explains she shared a lovely bond with her unborn child. She shared a heartwarming picture of dad Ian kissing her baby bump writing she knew her unborn child as she felt her. Nikki continued by saying that little Bodhi and she had shared a bond for quite a while, and both the parents were eager to meet their little angel.

Soon the day came when the couple first met their daughter, and they explained that it was a moment they will cherish for as long as the time continues. We could clearly see the joy of their daughter’s birth in their faces. Ian’s child completed their family, and now the family of three lives a comfortable life cherishing every moment of little Bodhi’s childhood.

Ian Somerhalder’s daughter Bodhi Soleil Reed Somerhalder was born on July 25, 2017, but not a single picture of her is out there. Bodhi’s parents have kept her face a secret. Despite posting a lot of pictures of her on their social media accounts, they have not revealed little Bodhi’s face. Some source suggests that she is as gorgeous as her mother, whereas some site suggests she inherited her father’s good looks. Well, who ever’s look she has inherited, we are sure she is really cute and adorable.

Furthermore, Nikki takes her little daughter out on beaches and in the countryside. Where the family was seen walking with little Bodhi. And if you ask us, the picture of them together was just remarkable, and little Bodhi seemed she had barely learned to walk.

Little baby Bodhi’s parents Nikki and Ian, were discussing whether their daughter should continue drinking her mother’s milk. In a post shared by Nikki, she mentioned her 20-month-old daughter still drinks her milk and doesn’t like mushy baby food. She tried feeding her daughter blended food too, but that seemed not to have worked. Bodhi’s mom tried bananas, avocado, all the semi-soft good stuff, and she rejected everything.

Furthermore, Nikki also clarified that not every child loves avocado. Nikki Reed’s daughter, Bodhi Soleil Reed Somerhalder, seems to like adult foods despite having only two teeth. She ended by writing that every baby is on their own path doing things when and how they need to, whereas the parents’ job is to trust their guts and talk to other mamas and just go with the flow.