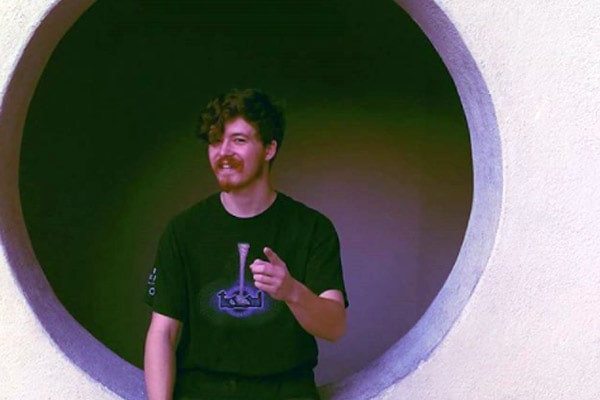 Jakob James Nowell is notable for being the only son of former Sublime’s lead singer, Late Bradley Nowell. Besides, he is also famous for his energetic performance, his way around the guitar, and his singing ability. Jakob’s father, Bradley, was one of the famed American musician and the lead singer and guitarist of Sublime, a ska-punk band. Unfortunately, the talented musician passed away in 1996 due to an overdose of heroin.

Jakob Nowell was one year old when his dad, Bradley Nowell, passed away. After the death of Bradley, his widowed wife, Troy Dendekker, raised their son, Jakob. Growing up, the younger Nowell also followed the path of his dad in the music industry. Here, in this article, know what Bradley Nowell’s son, Jakob, is doing years after his father’s death and which genre he chose as his career.

Bradley Nowell’s son, Jakob Nowell, chose the American music industry as his leading career. The man with a great voice, Jakob founded a music band named LAW in 2013 as a lead vocalist with his fellow friends, Nicholas Aguilar as a drummer, Logun Spellacy as a bassist, and Aiden Palacios as a guitarist. The band focused on ska-punk music in the tradition of Bradley Nowell and his band Sublime. Nowell’s band later moved away from it and created their unique new sound and take on rock.

Jakob and his band members released their debut album Mild Lawtism by Skunk Records in August 2015. And to date, they have recorded and released a couple of albums featuring Nowell’s far-eastern and world influences. Nowell and his brand try to honor the sacrifices of all of those before them. Their main concern is to transmute the old ways and to evoke a reinvigoration of genuine no-nonsense rock.

Since LAW came to being, Nowell and other members are regularly touring in and out of the nation with their unique music.

After Jakob’s mom moved on with Holmes, Jakob became a big brother to his mom’s other three kids from a later relationship. He has two half-sisters name Mary Jane Johnnie Junie, and Erica Angel. Likewise, Jakob is also the eldest half-brother to Troy Dendekker’s son with Kiki Holmes, Rudi.

Bradley Nowell’s son, Jakob, is very close to his half-siblings. His momma often posts pictures of all four of her kids on her Instagram.

Bradley Nowell’s son, Jakob, proposed his longtime girlfriend, Ashlyn Zeda, with an engagement ring in September 2019. Jakob popped the question in front of hundreds of his fans and listeners during a musical tour. The newly-engaged pair had announced their engagement via their respective gram.

Going through the social networking handles of Ashlyn and Jakob, it seems like they are dating each other for many years. Both often share pictures of one another via their social media pages. Moreover, they never hesitate to show off their romantic relationship and love for one another in public. Let’s hope to see Jakob James Nowell’s girlfriend, Ashlyn Zeda being his wife soon.

Following in the path of a celebrity parent can be difficult. But it can be even more challenging when one battles the demon of bad addiction. The slightly famous American vocalist, Jakob Nowell, had his fair share of struggle like his late dad, Bradley Nowell. Jakob struggled with drinking alcohol as a teenager and carried on to struggle with it for almost a decade. However, he succeeded in overcoming his demons with his father’s close friend, Todd “Z-Man” Zalkins‘ help and staying some years in the rehab.

While in rehab, Jakob did not give a pause to his music ability. Instead, he met a hip-hop artist who was also there due to addiction problems. In the rehab, collaborating with the rapper, Jakob wrote the song’ Doses of Psychosis’ of Law’s 2028 album ‘There and Back Again.’

After being clean for nearly two years now, Bradley Nowell’s son, Jakob, continues his music with his band. Moreover, he dedicates a great deal of his time to reach out to people battling addiction. Jakob and his family, including his sister Kellie Nowell, runs a foundation named Nowell Family Foundation since 2017. The foundation aims to give helping hands to the music industry members, trying to be free from addiction.

So, in the present, Bradley Nowell’s kid, Jakob, lives a healthy life with his supporting family and loving fiancé, Ashlyn Zeda. Besides, he tours around the globe with his band members entertaining his music lovers.