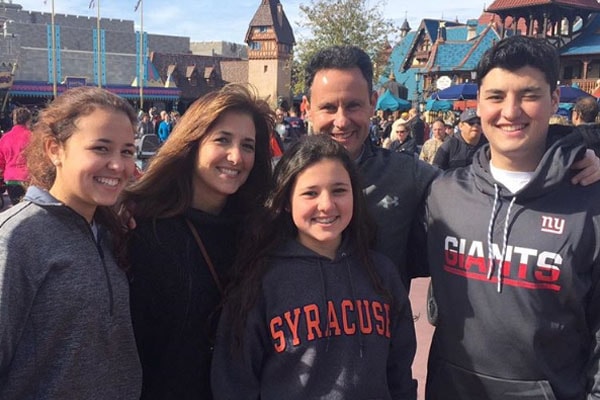 Brian is an American journalist who is the co-host and host of the shows FOX & Friends and Kilmeade and Friends respectively. He is the type of man who is mostly occupied with his chores but still has time to spend quality moments with his family.

Like many known personalities, co-host of FOX & Friends Brian Kilmeade is a family man. He has got a small family including his wife Dawn Kilmeade and children and also their pet dogs.

Brian Kilmeade and his wife Dawn Kilmeade married in the 3rd of December, 1993 and now have been married for almost 25 years. The Kilmeade family lives on Long Island in Massapequa, New York. The whole Kilmeade family is a loving one.

With over 25 years of togetherness, Brian was blessed with three children. Looking at Brian’s social media feed, we can clearly see how happy all of them are.

Brian has a son named Bryan Kilmeade. He is the eldest one amongst the three. Brian Kilmeade’s son Bryan Kilmeade is 21 and studies at Syracuse University and doing a Bachelor’s Degree in Sports Management. The father-son duo has a similar sounding name.

Bryan is expected to graduate in the later months of 2018.

Brian’s eldest daughter Kristyn studies in grade 11. Whereas, his smaller daughter Kaitlyn has an interest in musical theater. She also has been a member of the Body Language Dance Studio.

And the cherries on the tops are Brian’s two Pyrenees, Rocky & Apollo. If you look at Brian’s social media, then you will realize how much those pets means to him.

It seems like the FOX TV host Brian Kilmeade has a perfect family.

Bryan Kilmeade: The name Bryan is a variant of the name Brian. It is said to be a diminutive form of an Old Celtic word which means noble or high.

Kaitlyn Kilmeade: The name Kaitlyn is borrowed from Caitlin, an Irish word which is a diminutive form of CaitrÍona, Catherine’s Gaelic form which means pure or unsullied.

Kristyn Kilmeade: The name Kristyn is of Latin and Scandinavian origin which means “follower of Christ.”