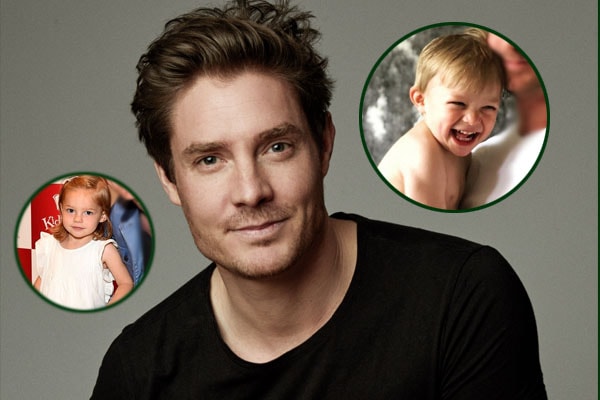 Actor Max Brown is the proud father of his two children. He had his two children together with his wife Annabelle Horsey. The lovely couple exchanged their wedding vows back on the 14th of July 2012 and are together ever since. Max Brown’s children include a son and a daughter named Lyla Primrose.

However, Annabelle is not the only wife of the British actor. Max got married to his ex-wife Pollyanna Rose back on the 18th of December 2005. Unfortunately, the former couple got separated on May 15, 2008, after three years of marriage.

Max Brown: Proud Father Of A Son And A Daughter

As mentioned earlier, the British actor, Max is the father of a son and a daughter. Max Brown’s daughter Lyla Primrose is the eldest in her family. She, along with her father attended a tea party to celebrate the launch of KidZania London at Westfield London on the 26th of June 2015.

Although Max shares quite a bond with his both children, the name and other information regarding his son has not been revealed yet. The love and bond between him and his children could be seen clearly via the actor’s Instagram handle.

The British actor celebrates his weekends along with his kids and even involves his children to do funstuffs like riding bikes and many more. It looks like Max is really bringing up his children to be a good person on the days to come.

Max Brown’s Children Inspires Him To Be A Better Person

There is no doubt that fatherhood changes a man to become a responsible and better person. Grange Hill actor really seems to be inspired by his two adorable children. His son and daughter inspire him every day, to be honest,  fun-loving, healthy and to think of their future.

Clearly, Max Brown’s children seem really happy and are enjoying their life to the fullest. On the days to come, the cute kids might follow in their father’s footsteps but as of now, they are enjoying a healthy and happy life.