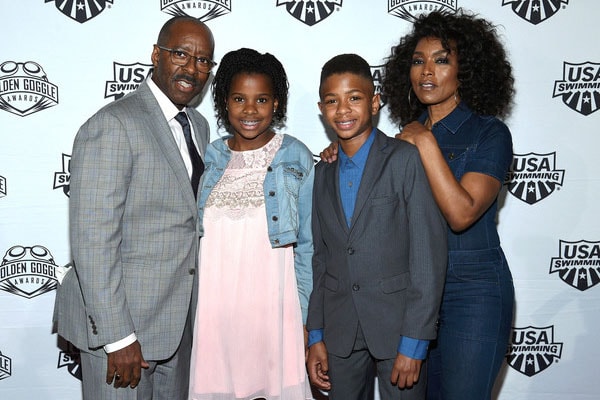 Angela Bassett aka Black Panther’s Ramonda and husband Courtney B. Vance are blessed with a fraternal twin, a son and a daughter. Angela Bassett’s daughter’s name is Bronwyn Vance, and her son’s name is Slater Vance.

Like many other celebrities, the 60-year-old actress also tends to keep her daughter and son away from the limelight. Angela tries to keep her daughter away from the glare of Hollywood. Angela doesn’t take her children along with her in the premiere of movies. But for the premiere of Black Panther, she made an exception and took both of her children.

Angela Bassett’s daughter Bronwyn and son Slater Vance not only attended the premiere together but they also had the privilege to visit the sets of Black Panther. When asked the reason, Angela stated that she wanted her kids to experience something amazing. Plus she hoped that the movie would inspire them in some manner.

Despite being born via surrogacy, Bronwyn Vance shares a lot of things with her mother. For instance, both Bronwyn and her mother have a similar type of smile.

One thing is sure though if the daughter of Angela Bassett decides to pursue her career as an actress, then she will get a lot of help from her mother.

From an early age, the 12-year-old daughter of Angela Bassett had to deal with racism. According to Angela, when her daughter was 4, other kids hesitated to play with them as they were African-Americans.

The thought of her children having to deal with racism at such a young age must be heartbreaking for Angela. Even though of their difficulties, Angela Bassett loves her daughter and son a lot tend to live a happy life with them.

The name “Bronwyn” is a Welsh origin word and it means “white breast.” It is one of the words often added to the list of names which are cool. In Wales, people spell the name as “Bronwen” as in the US they see a “y” as adding femininity.