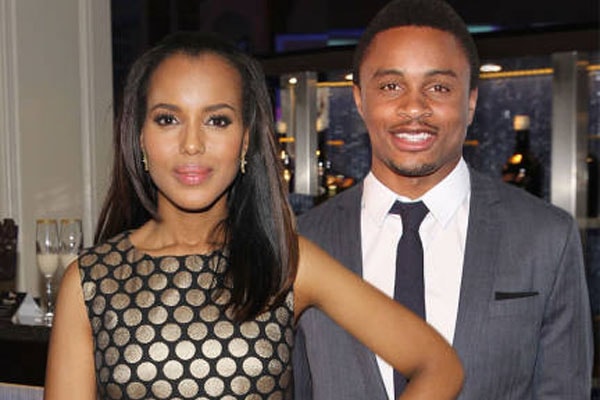 The Scandal actress, Kerry Washington’s son, Caleb Kelechi Asomugha is the youngest and the only son with husband, Nnamdi Asomugha. The proud parents of the young Caleb are also the parents of adorable baby girl, Isabelle Amarachi.

Caleb’s parents Kerry and Nnamdi walked down the aisle in an extremely secretive wedding ceremony in Hailey, Idaho on June 24, 2013. Despite living a private lifestyle, the Washington-Asomugha family shares a strong and intimate relationship.

Youngest Child and Only Son of the Family

The adorable Caleb is the only son of the American actress Kerry Washington and her husband, Nnamdi Asomugha. The prominent actress and the former San Francisco 49ers cornerback, Asomugha announced their second child on the way in April. Furthermore, the 41-year old Kerry debuted her baby bump at the Met Gala in May. The pregnant mother fashionably flaunted the baby bump wearing a sequined Marc Jacobs gown and purple tresses.

The birth of young Caleb thrilled the family of four. According to mother Kerry, having the elder daughter, Isabelle changed her life for the better and Washington was excited to expand the family. However, the idea of getting pregnant became a running joke for the cast and viewers of the hit ABC drama, Scandal. The actress frequently had to hide behind large objects on season 3 to hide her belly.

Kerry did not Know Caleb’s Gender Until Birth

The Scandal actress and mother of adorable Isabella, Kerry decided not to know the gender of her second child, Caleb, until his birth in early October. In an appearance on The Ellen DeGeneres Show, the 41-year-old actress confessed that she had no idea what she was having, Furthermore, Kerry joked saying she just hoped her child to be a human and she was right.

The name Caleb is a unique name for a baby boy. The lovely name “Caleb” comes from a Hebrew origin meaning “a dog; faithful”, which is a symbol of devotion to God. The name is in the Bible by a leader of Israelite and was the companion of Moses during the wilderness. Besides that, the name is reduced and altered form of Scottish and Irish McKilip.

The name “Kalechi” is of Nigerian origin and the lovely name means “Thank/Glorify God”.