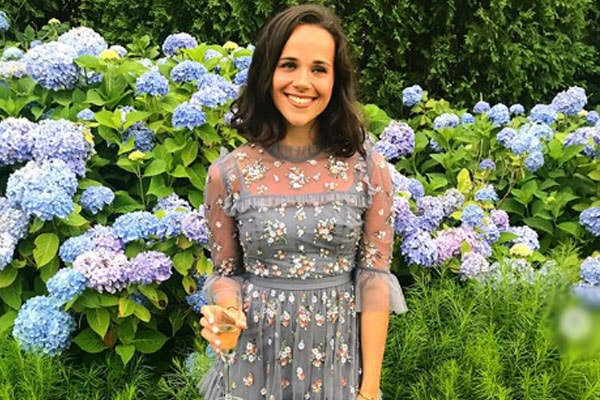 The Author Katie Couric‘s daughter Caroline Couric Monahan was born on the 5th of January, 1996. Caroline is the youngest daughter of Katie Couric whom she had with her late husband, Jay Monahan.

Katie is a proud mother of two children. Caroline has got an elder sister named Elinor Tully Monahan. Caroline’s father Jay Monahan died on January 24, 1998, at Manhattan, New York City due to colon cancer. The little Caroline was just aged two when her father passed away.

Among the trending social media platforms, the gorgeous Caroline seems to be much active in Instagram. And going through her Instagram profile what we can see is that Caroline aka Carrie Monahan loves cats. She has got two pet cats with whom she seems to be very close. Alongside dressing them up for Halloween. Katie also goes on a walk with them and strolls them around.

At the moment, Katie Couric’s daughter Caroline is pursuing her Master’s degree from the Columbia University in the City of New York. Besides that, Caroline is also raising her voice for the immigrants who have been detained and are in a problematic condition.

Like many sisters out there, the 23-year-old Caroline has a lovely bond with her elder sister Elinor Tully Monahan. The pair of the sister seems to spend a lot of time together, from having dinners at fancy restaurants to traveling exotic places.

During the opening ceremony of the 2018 Winter Olympics, Caroline’s mother Katie stated that her daughter doesn’t tend to be in the same zip code as hers and hates her guts. People found it so hilarious that they took onto Twitter and made tons of memes out of it.

Let’s hope there is no love lost between Caroline and her mother Katie.

Caroline is the Italian feminine form of Charles. The name Caroline means strong.