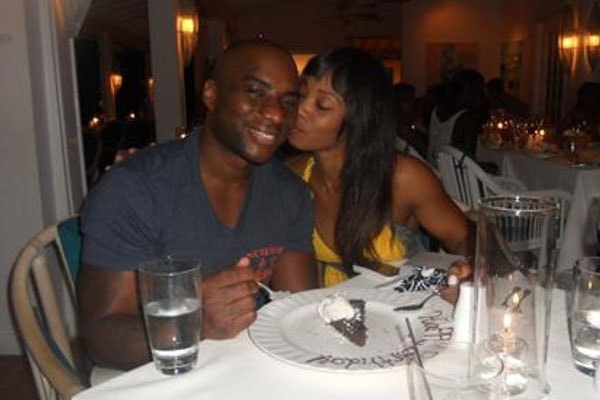 The duo Charlamagne Tha God and his wife Jessica have been quite reluctant to share details about their Children to the public. Image source: earnthenecklace

Charlamagne Tha God and his wife Jessica Gadsden are proud parents of three children. The duo has notoriously kept their private life and their children on low from the public eyes.

Even though they are followed by the paparazzi and the media quite a lot of times, Charlamagne has been quite reticent when it comes to his family life. The pair haven’t disclosed any details about their children yet.

As of now, it had been public knowledge that Mr. God and his wife, Jessica, were rearing two children, both of the girls. The identity and date of birth of his daughters though have been kept discreet. Recently, some sources claimed that Charlamagne and his longtime girlfriend-turned-wife, Jessica,  became parents for the third time, again, to yet another baby girl. That information although has not been falsified. On 25th September 2018, The Jasmine Brand published an article claiming the duo had given birth to their third child.

Charlamagne Tha God on His Children

The rapper Charlamagne Tha God has been quite vocal about not wanting to raise his kids amongst the public eye. He said in an interview that he doesn’t entertain his children being raised via social media. He said that it wasn’t the place for his family, but also added that he doesn’t condone anybody else who does. Charlamagne also talked about his children on the Harry Connick show :

The famous media personality, radio presenter and co-host of The Breakfast Club, Charlamagne Tha God has published two books so far. His real name is Lenard McKelvey. The God married his longtime girlfriend and high school sweetheart, Jessica Gadsden on 2014. Jessica is a fitness instructor and tutor. Since both of the spouses are working, we can only imagine how hard it must be for the pair to manage time.

Although Charlamagne has been questioned frequently in interviews and by his fans to disclose information on his children, the star has given a little to no data. We have to admire the star’s desire for a more private life amidst the growing inclination of today’s generation to imbibe media attention. We wish the star a very happy life with his wonderful family!