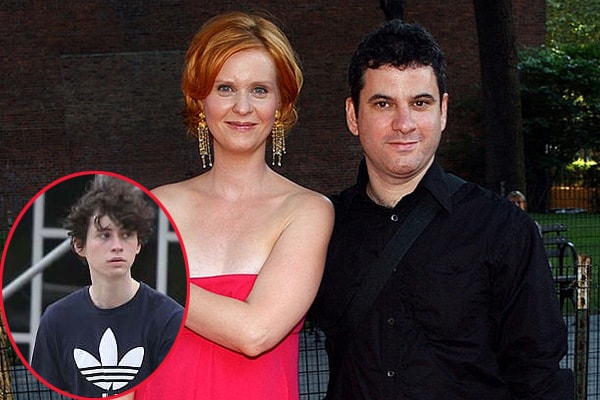 The American actress, Cynthia Nixon’s son Charles Ezekiel Mozes was born on December 16, 2002. Charles is the couple’s second child together. He has an older brother named Samuel Joseph Mozes who is now 22 years old.

Charles’ father Danny Mozes was a school teacher with whom Nixon dated from 1988 to 2003. He also has a half-sibling named Max Ellington Nixon-Marinoni from his step-mom, Christine Marinoni. Christine is a lesbian; she met Nixon while working in an LGBT organization. They tied the knot in 2012.

Cynthia is into many things besides being an actress. She is a politician and activist. She also has a different role in LGBT rights in the United States. As she is involved in all these things, there is rarely a time for her to be with sons often. Since there is less trace of Nixon with her sons on media spotlight, it gives us enough evidence that they don’t get much time to spend together.

It must have been difficult for Charles to be away from his mother who is busy with the campaign, programmes, and all these political things. Despite having a tight schedule, Cynthia Nixon’s son Charles manages to hang out with his mother.

During Charles Ezekiel’s 16th birthday, Nixon’s current wife Christine made him a special cake at home. It seems Charles gets enough love from his mother’s partner Christine.

Charles doesn’t appear much on public media. It seems he prefers to stay away from public attention. There isn’t even any trace of Nixon’s ex-husband Danny Mozes with his son Charles. Did he cut off the relationship or is away from media? We have no idea.

The Real Thing actress, Nixon shared the Trans Day Action with great pride and honor for her son, Samuel. He graduated last year from the University of Chicago. Nixon shared that Samuel has always been a good kid at home and school. The 22-year-old son who calls by his name Seph was initially Samantha when he was born as a girl. Later, he changed his gender and came out as a transgender.

The name Charles is derived from German. It means ‘grown-up.’ Ezekiel is a Hebrew name meaning ‘God.’