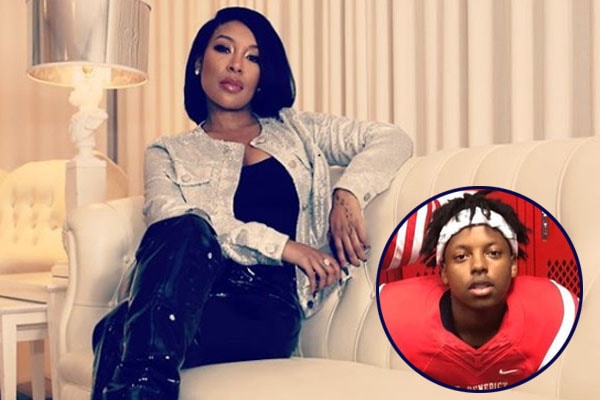 Chase Bowman has not got any sibling at the moment, though he could be getting one soon. Chase’s mother K. Michelle announced that she is expecting to have more kids soon by a surrogate with her fiance Dr Kastan Sims.

K. Michelle’s Son Chase Bowman Is In His Early Teens

Time surely flies by, doesn’t it? In the past when Chase Bowman appeared in one of the episodes of Love & Hip Hop: Hollywood, he was just a kid. But when K. Michelle uploaded a photo of her son after a very long time, we can see the changes in him.

In the past Chase Bowman loved basketball, and it looks like that he has changed his sports. Currently, the son of K. Michelle, Chase is studying at St. Benedict at Auburndale High School and is the part of their football team. He has a height of 5 feet 10 inches and weighs 185 pounds and plays at the Tight End (TE) position.

Well, it looks like K. Michelle’s son Chase Bowman doesn’t want to enter into music industry like his mother. Plus K. Michelle has been adamant about keeping Chase off of limelight and under the radar. Let’s hope that the 14-year-old Chase Bowman will make it to the top soon and start earning and even surpass K. Michelle’s Net worth some day.

In the past, Chase’s parents, K. Michelle and Brian Bowman were not on good terms. K. Michelle’s baby father Brian when broke up with her went onto marry her sorority sister which was heartbreaking for the “Love ’em all” singer. And in return Chase Bowman’s mother, K. Michelle dated one of Brian’s frat brothers.

So in order to raise their son Chase, both K. Michelle and Brian Bowman kept their indifference aside. And when they met after a very long duration of time, Brian congratulated Michelle on her success.

The name Chase is derived from the English surname which means “dweller at the hunting ground.”