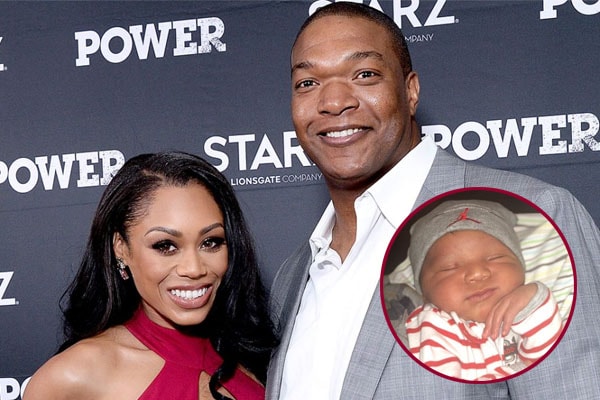 The Real Housewives of Potomac star Monique Samuels‘ son Chase Omari Samuels was born on the 26th of November 2018. During the time of the birth, the cute Chase Omari was weighed in at 8 pounds 15 ounces and was measured 21 inches long. Monique had Chase with her husband, Chris Samuels.

There are many different mediums that celebrities use to let their fans know about any news. And in the case of Monique Samuels, she used Instagram stories to announce the birth of her third child. Before the labour, Monique took a selfie and in bold letters wrote “Almost time to push.” And then after a couple of hours, the RHOP star Monique Samuels posted a photo of her son Chris Omari Samuels.

Some fancy way to let your followers know the arrival of your newborn, isn’t it? It was back in June when Chase Omari’s mother Monique Samuels notified that her family of four would soon be a family of five. And even for that too Monique used her Instagram account. Well, there seems to be a close bond between Monique and her social media account.

Well for the time being everyone in the family is cherished and enjoying with the new addition of the member. Now let’s hope that Monique Samuels’ son Chase Omari Samuels will grow up to be a fine young man.

The name Chase is the transferred use of the English surname which means “dweller at the hunting ground.”

And for the name Omari, it is an African baby name which means “God the highest.”