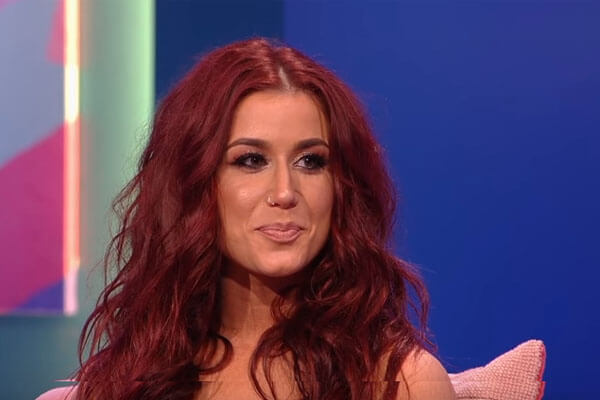 Chelsea Houska‘s children were born with her husband, Cole DeBoer, as well as her ex-boyfriend, Adam Lind. The happily married couple, who tied the wedding knot in 2016, are proud parents to their son, Watson Cole DeBoer, and daughter, Layne Ettie DeBoer. Chelsea also has a daughter named Aubree Lind DeBoer through her ex-partner Adam.

A mother to her three amazing kids, Chelsea Houska is a TV personality famous for starring in Teen Mom 2. Chelsea Houska’s husband Cole is a traffic control specialist in South Dakota. The family of five has a close relationship with each other and enjoy their lives comfortably.

Chelsea Houska and Cole DeBoer’s first child, Watson Cole DeBoer, was born on January 25, 2017. His mother announced his birth on Facebook and Instagram right away, so he is a unique social media child.

He is also the only son of the couple and has a younger sister named Layne Ettie DeBoer.

Further, Watson’s parents tied the wedding knot on October 1, 2016. Which means, he was still in Chelsea’s womb on the wedding day. Through his mom’s ex-partner Adam Lynn, little Watson has an older half-sister named Aubree Lind-DeBoer.

Her mommy and daddy welcomed Layne DeBoer on August 29, 2018. She is barely a year old, and she is like an angel that fell from heaven. Layne’s older brother is Watson DeBoer, and she’s got a lovely half-sister, Aubree.

Following her mother’s footsteps, Layne Ettie might pursue a career in the entertainment industry. For now, she is learning to crawl and say “mama” and “papa.”

Born to Chelsea Houska’s ex-boyfriend Adam Lind, the beautiful Aubree Lind-DeBoer was born on September 7, 2009, in North Dakota. Aubree was born on Chelsea’s first day as a senior in high school. As such, she is an eponymous Teen Mom child.

Most kids are born after nine months in their mother’s womb, but not Aubree. She was in a big hurry to come out so she arrived a month earlier than the expected date. Aubree has an older half-sister, Paislee Mae, born to her dad Adam Lind’s ex-girlfriend Taylor.

Layne Ettie DeBoer: Layne is a French origin word, which means “wool.” Ettie is a Persian name that means “star.”