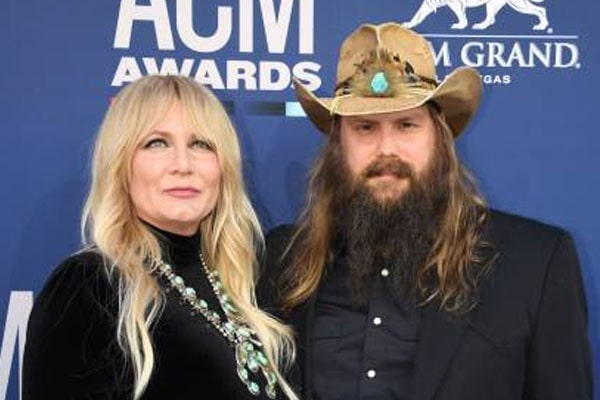 Chris Stapleton is an American singer-songwriter, guitarist, and record producer. He succeeded to reserve a seat among the brilliant and talented music artists. Peeking at his personal life, he met his soulmate, Morgane Stapleton, in 2003. After four years, Chris and Morgane married each other in 2007.

The cute couple’s love for each other is impeccable. Chris and his wife, Morgane, are now parents to their five adorable five, first son and daughter, twin sons, and a baby boy. Both of them have been super private about their young ones and keep their kids out of the public eye. Well, stick with this article and know more about Chris Stapleton’s children.

Chris Stapleton Appeared At The Red Carpet With His Eldest Kids

In June 2019, Chris Stapleton made a rare Red Carpet appearance with his eldest son and daughter. According to CountryFanCast, their names are Waylon and Ada, respectively. He took his two kiddos to the Toy Story 4 premiere. Both of his kids donned colorful outfits, and Chris was dressed in an all-black ensemble.

Chris Stapleton’s children barely appear on his social media pages and neither alongside him at events. However, the premiere was probably a shocker for everyone. Perhaps Chris and his kids had a wonderful bonding time during the premiere. The father-kids apparently hang out more often outside of the limelight.

Although the Stapleton family is very private, Chris and Morgane’s children occasionally show up on Morgane’s Instagram account.

Happiness Doubled With Twin Sons In The Family

In October 2017, the couple announced the good news with their expectation of twins. On Stapleton’s 40th birthday, host Reba McEntire announced live on the 53rd Academy of Country Music Awards that the Stapleton family welcomed their twin boys, Samuel Stapleton and Macon Stapleton.

The arrival of adorable twin boys doubled the family’s happiness and joys. Waylon and Ada were indeed very delighted to be brother and sister to their cute and small brothers. Also, Morgane Stapleton posted a beautiful photo of her twin sons on Instagram. Since Chris Stapleton’s children are far away from the spotlight, they probably play with each other all the time.

We can say that the twins are very fortunate to have such a loving and caring family. The Stapleton family will do everything to see the priceless smile of Samuel and Macon’s adorable face.

Chris and his wife, Morgane, welcomed their fifth child on May 12, 2019. The Stapleton family extended to seven after the arrival of their fifth kid, and their happiness was over the moon for sure. Chris Stapleton’s son was born before the mother’s day and was lucky to celebrate his first mother’s day with his mom, Morgane Stapleton.

Morgane posted an adorable photo of her baby boy holding her finger with small hands on May 13, 2019, on Instagram. She captioned the picture saying, “The most perfect Mother’s day.” As for the name of Chris’ youngest child, it is yet to be revealed.

So, in all, the country singer, Chris Stapleton and his wife, Morgane Stapleton are the parents to their five children whom they adore and love the most.

Waylon – Waylon came from the English origin, meaning ‘land beside the road.’

Ada – According to Hebrew origin, Ada came from the word ‘Adah’ עָדָה and referred to ‘adornment.’