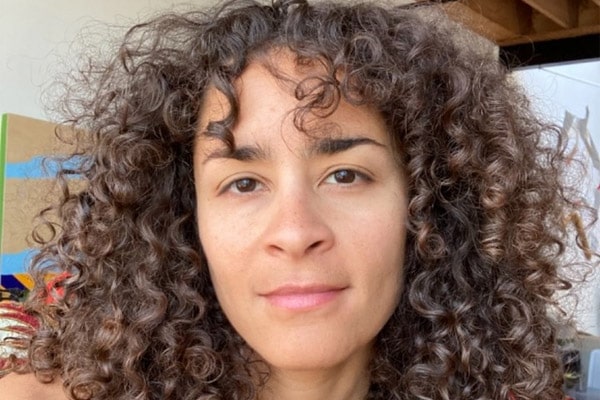 The legendary American actor, Cleavon Little, is best remembered for his role as a black sheriff in the Academy Award-nominated comedy movie ‘Blazing Saddles.’ Besides, he is also famous for performing in numerous films and T.V. shows, including True Colors, Baghdad Cafe, and Tales from the Crypt. Cleavon’s versatility and charismatic stage performances made him one of the first black actors to win the Tony Award.

The Drama Desk Award winner, Cleavon, could not entertain his fans for long. Sadly, he departed from this earth at the age of fifty-three in 1992. He was survived by a daughter with his divorced wife, Valerie Wiggins.

It has been over two decades since Little left this world. And, his fans might be wondering where his daughter could be in the present. So, here we will be revealing you about one of the famed personalities of 90’s Cleavon Little’s daughter, Adia Millett-Little, and what she is doing now.

Only Child Of Cleavon Little

Late Cleavon Little tied his marital knot with beautiful Valerie Wiggins in 1972. But they could not continue their marriage for long. Eventually, Cleavon and Valerie separated, officially citing irreconcilable differences.

Though Cleavon and Valerie could not protect their relationship, they gave birth to a daughter, Adia Millett-Little, as a memento of their love while still married. Adia was born in Pasadena, California.

At first, her parents co-parented her, but her mother raised her in South Central Los Angeles later after her father’s death.

Cleavon Little’s daughter, Adia, completed her Bachelor of Fine Arts from the University of California at Berkeley in 1997. Moreover, after the completion of undergraduate education, she enrolled at the California Institute of the Arts, where she became a graduate with a Masters of Fine Arts in 2000.

Adia did not choose the acting field like her dad, Cleavon. Instead, she grew a great passion for art since her early childhood and became fluent in it.

Prior mentioned, Adia’s mother raised her after her father’s death. Also, her step-father played an important role during her growth. Adia’s step-father was an architect who supported her in her artistic endeavors.

After receiving MFA, Millett participated in the Whitney Museum’s Independent Studies Program in 2001, followed by the Harlem residency program in 2002. Also, she became the resident visiting artist at Columbia College in Chicago.

Currently, the daughter of Cleavon Little, Adia Millett, is popular throughout the United States and many parts of the globe. Adia is a professional contemporary multi-media artist working in various forms. She creates her art to tell stories and discovers transitions through multiple mediums. Adia uses methods like dioramas, painting, stitching, quilting, and multi-media works to express stories through art. Moreover, Cleavon’s little girl teaches at the California College of Arts.

The artistic Adia’s father, Cleavon Little, suffered from ulcers and digestive problems for most of his adult years. After struggling with the disease for a long time, he died on 22 October 1992 from Colon Cancer.

After Cleavon’s death at his residence in Sherman Oaks, California, his ashes were scattered at sea in New York Harbour. Furthermore, over two hundred family members, friends, and fans of Adia’s dad attended his memorial tribute in Inglewood, California.

Although Cleavon Little left this physical world, he is always remembered by his fans for his courage, commitment, and his comedy.

The feminine name Adia originated from Swahili, which means gift.